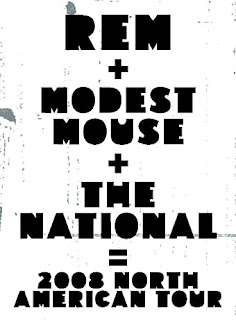 Some great news today that R.E.M. will tour North America this May and June in support of Accelerate , their new record, set to be released on April 1st. R.E.M. have always been exciting in concert and I have been fortunate to see the band on every major tour since 1983. This time out the band will be joined on the tour by playlist stalwarts, Modest Mouse and The National in Canada and the United States. Early reviews of the new record have been very good, check out their website for a song preview Supernatural Superserious. PLAYLIST 12 - Unlike a Lot of Them Who Faked it, He Could Really Hear it in His Head

There are times when I give up a little too much with these playlists; sometimes revealing curious personality traits probably better left to my own device. Admittedly then, dear reader, this one is a tad unusual but it does have a cohesive and “floaty” nature that I love. In a bizarre twist this compilation was inspired by a particularly unusual dream.* Disparate elements included a drowning dog, a Spanish speaking Jesus, a sepia tone photograph and an urban landscape.

(Boy oh boy, when you start soundtracking your dreams the mixtapes are clearly taking over your life. )

Of Montreal – The Past is a Grotesque Animal
Deerhoof - +81 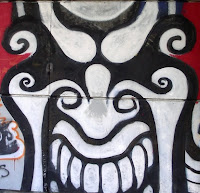 Alternate Use for That Old Phil Collins Album Part 63 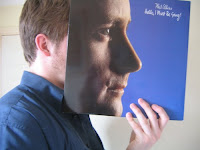 A friend sent me a link to this Flickr group today. Now I don't know if this will shake up the arts community but I think it is pretty creative. My favourite is the Big Black submission. (Let me know which ones you like or even submit a new one to me.)

They might have too much time on their hands but this is cool as hell.
Posted by Sean Wraight at 7:00 a.m. No comments:

She & Him Record Due March 18th 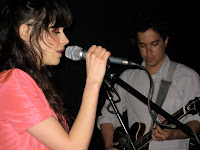 On this cold January day some news to warm the proverbial musical soul. Merge Records has announced the M Ward/Zooey Deschanel project dubbed She & Him - Volume 1, will be released on March 18th. You might remember Zooey from Almost Famous (the older sister with the amazing record collection) and Elf (Will Ferrell's "department store elf" love interest). The unlikely duo first met in 2006 for a movie soundtrack project in which they recorded a version of Richard and Linda Thompson’s “When I Get To The Border”. While in the studio, they were immediately struck by one another’s talents and found an instant rapport. The result, this gorgeous release recorded over a period of several months last year. 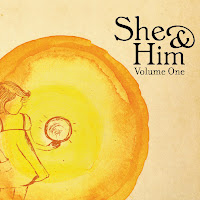 A stylistic match made in heaven this one holds great promise. Zooey and M. will also be playing the Merge Records showcase at SxSW in March. Let's hope a full blown tour is not far off.

Email ThisBlogThis!Share to TwitterShare to FacebookShare to Pinterest
Labels: M. Ward, Merge Records, She and Him, Zooey Deschanel 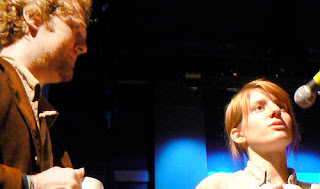 Everything is indeed pop and I would be remiss if I did not include a post concerning the just announced Oscar nominations. A few nominations near and dear to my heart - Actress: Ellen Page, "Juno." Supporting Actress: Cate Blanchett, "I'm Not There" Original Song: "Falling Slowly" from "Once," Glen Hansard and Marketa Irglova. Adapted Screenplay: Sarah Polley, "Away From Her".

The only disappointment, at least for me was Jonny Greenwood's non-nomination for Best Original Score for "There Will Be Blood". They remembered Ellen Page though, so all is forgiven! 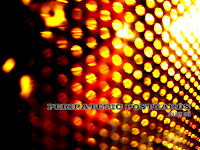 One last look back at the Best of 2007. This time, the songs that made a difference to me. As always, a playlist to mark the occasion. Looking back, 2007 marked a year of musical brilliance highlighted by new discoveries and a host of reliable favourites.

I am looking forward to what 2008 will bring. With rumours of the demise of the cd and declining music sales it should at the very least prove interesting. In the end I am quite certain that the good music will indeed prevail and it will be heard. I’ll certainly do my best to help with that.

PLAYLIST 10 - When We Separate Music From Life We Get Art

This compilation was created after listening to Neil Young’s 1975 release, Tonight’s the Night. All of these songs are evocative of the themes of desolation and the thin slivers of hope that thread his career centerpiece. 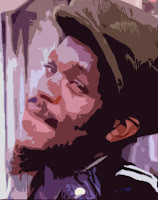 My Favourite Movie So Far This Year 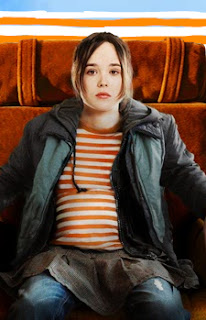 Despite my cheeky byline it is doubtful I will see another movie this year that will be as good as Juno. It is motion pictures like this that make me love the cinema and everything about it. Directed by Jason Reitman, (Thank You For Smoking), Canadian actress Ellen Page steals the show in this delightful film that I will repectfully refrain from any type of plot synopsis. The less you know the better, trust me; the ride will be worth it. One thing for certain, I'll be looking for the soundtrack to this one. The music is a character unto itself and highly effective.
I can not recommend this one enough. Watch for Ellen Page come Oscar nomination time.

Click this link to go to the film website. The Michael Cera, Jason Bateman videos are very funny.
I'm still smiling and its two days after seeing this wonderful film. Go see it!
Posted by Sean Wraight at 9:40 p.m. 1 comment: