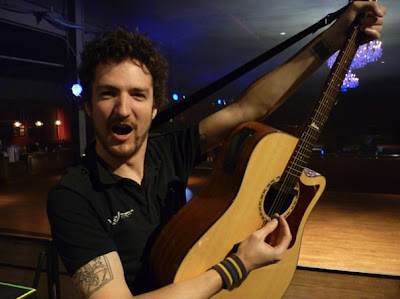 Back in 2009, British musician Frank Turner signed a deal with Epitaph Records and finally began to get some international attention for his resolute and everyman tales. (Think, a slightly less wry Billy Bragg and you might get an idea of what his records sound like.) Now, the label is getting set to issue Turner's fourth full-length, England Keep My Bones due on June 6th (UK) / June 7th (rest of world).

The disc was recorded in London's Church Studios with producer Tristan Ivemy, who also helmed the recent Rock and Roll EP. According to Turner’s blog, the new disc's title is taken from a Shakespearean quote. The track listing however remains unconfirmed. Turner’s official press release hints that the record promises to be "noticeably more folky than the proceeding Poetry of the Deed, and even features a traditional English style a cappella." The songs are said to "address themes of mortality, relationships and religion in what proves to be an undeniably brave and beautiful album."

North America will get a preview of Turner's new record when he embarks upon a brief solo tour in late April and early May. Unfortunately at this point, there is only one Canadian date, in Toronto on April 26th. As well, Turner has a number of European and Australian dates. You can see the whole schedule here.

Never fear though, with festival season right around the corner there’s a good chance we’ll be seeing more of this feisty talent. 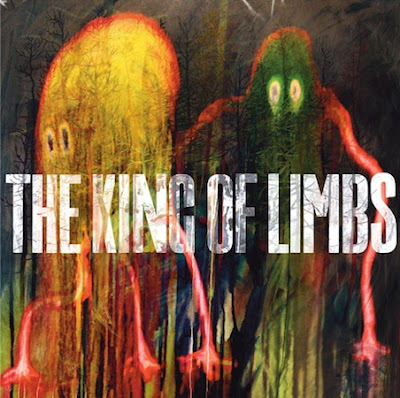 What a splendid way to start the week. Radiohead have announced they will be releasing their new album called The King Of Limbs on Saturday February 19th. The band announced the news on their official website, Radiohead.com, this morning February 14th. It is available to order online at Thekingoflimbs.com.

Details are as follows:

• Two clear 10" vinyl records in a purpose-built record sleeve
• A compact disc.
• Many large sheets of artwork, 625 tiny pieces of artwork and a full-colour piece of oxo-degradeable plastic to hold it all together.
• The Newspaper Album comes with a digital download that is compatible with all good digital media players.
• The Newspaper Album will be shipped on Monday 9th May 2011 you can, however, enjoy the download on Saturday 19th February 2011.
• Shipping is included in the prices shown.
• One lucky owner of the digital version of The King of Limbs, purchased from this website, will receive a signed 2 track 12" vinyl.
• *"perhaps"

"Radiohead's new record, The King of Limbs, is presented here with a choice of two digital formats:

• MP3 version is a 320K constant bit rate file.
• WAV version is a full CD quality uncompressed digital audio file.
• One lucky owner of the digital version of The King of Limbs, purchased from this website, will receive a signed 2 track 12" vinyl.

The record will be available as a download from Saturday, then released physically on May 9th as what the band are billing as a 'newspaper album'.

The album will be the band's first since 2007's In Rainbows, which was released as a pay-what-you-like download and assorted physical packages.

The name of the new album relates to an oak tree in Wiltshire's Savernake Forest, thought to be around 1,000 years old. The forest lies around three miles away from Tottenham House, a listed country house where Radiohead recorded part of In Rainbows. The tree is a pollarded oak, referring to an ancient technique for harvesting timber for fencing and firewood. The phrase also appears in the 23rd chapter of the Qu'ran.

Tracklisting is not available as of yet.
Posted by Sean Wraight at 7:56 a.m. No comments: 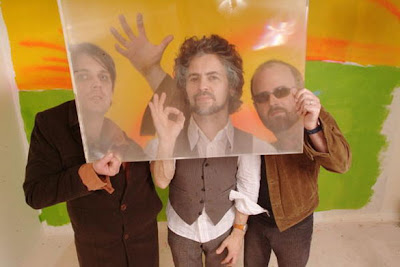 It might be the dead of winter around here but it’s time to look forward to your favourite new Spring holiday- Record Store Day.  This year’s edition is all ready promising to be the best yet and today the mighty Flaming Lips announced they are set to release a new vinyl box set that will cover the band's work from the early 1990s to early 2000’ s. Titled Heady Nuggs: The First 5 Warner Bros. Records 1992 - 2002, the collection is set for release on Record Store Day, April 16th. 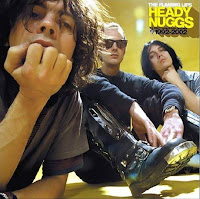 The standard edition of the box will be presented as five 140-gram black vinyl records, while a "special limited edition" version will see the records pressed onto five different colours. The coloured version will reportedly only be available through the group's web store.


Full details have yet to be released but for now the following albums are included in Heady Nuggs: Hit to Death in the Future Head (1992), Transmissions from the Satellite Heart (1993), Clouds Taste Metallic (1995), The Soft Bulletin (1999) and Yoshimi Battles the Pink Robots (2002).
Just in case you missed the Lips will be close to home on May 13th when they play the Fillmore.  Rest of the dates from the band’s website are also included.

Fell In Love With a Band

Bittersweet news from the White Stripes camp today when the duo announced the end of their creative partnership.  I can't say I was entirely surprised by this news but it was a sad development for one of the best bands in recent years.

I had the very great fortune of seeing the band in concert several times and each show was a dazzling affair.  I remember always coming away in awe of how Meg and Jack performed as if a force of nature.  So much raw power and simple beauty in their music.

They will be missed. 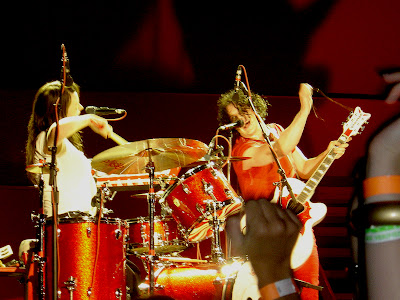 From the band's website.  (Pictures from the John Labatt Centre in July 2007.)


The White Stripes would like to announce that today, February 2nd, 2011, their band has officially ended and will make no further new recordings or perform live.


The reason is not due to artistic differences or lack of wanting to continue, nor any health issues as both Meg and Jack are feeling fine and in good health.


It is for a myriad of reasons, but mostly to preserve What is beautiful and special about the band and have it stay that way.


Meg and Jack want to thank every one of their fans and admirers for the incredible support they have given throughout the 13 plus years of the White Stripes’ intense and incredible career.


Third Man Records will continue to put out unreleased live and studio recordings from The White Stripes in their Vault Subscription record club, as well as through regular channels.


Both Meg and Jack hope this decision isn’t met with sorrow by their fans but that it is seen as a positive move done out of respect for the art and music that the band has created. It is also done with the utmost respect to those fans who’ve shared in those creations, with their feelings considered greatly.


With that in mind the band have this to say:


“The White Stripes do not belong to Meg and Jack anymore. The White Stripes belong to you now and you can do with it whatever you want. The beauty of art and music is that it can last forever if people want it to. Thank you for sharing this experience. Your involvement will never be lost on us and we are truly grateful.” 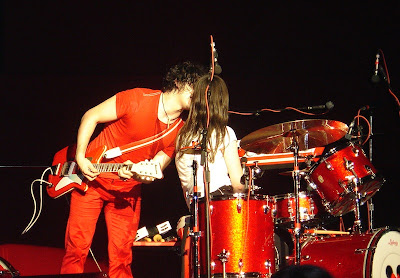 Baritone singer song-writer Bill Callahan has always been a fascinating sort. His records always interesting free form little journeys. Callahan’s disaffected voice telling bittersweet tales of love and horses and everything in between. Good, albeit brief news today that the artist formerly known as (Smog) will release a new album Apocalypse April 19th via Drag City. It's Callahan's first studio full-length since 2009's sublime Sometimes I Wish We Were an Eagle. (Callahan issued a live record Rough Travel for a Rare Thing in 2010.) 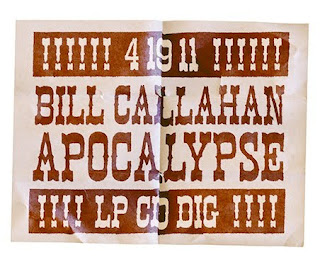 Callahan and Drag City have offered no more information about the album aside from the jpeg which arrived this morning.