“It takes a long time to grow young.” 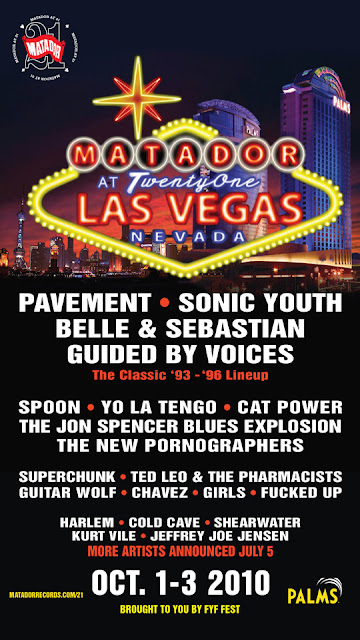 Ah Matador records… The coolest record label that ever existed will be celebrating the label’s 21st anniversary this October with an unrivalled birthday bash of three nights of very special shows, (starting Friday October 1st, and concluding Sunday October 3rd at the Palms Casino & Resort in Las Vegas, NV.) According to their Matablog website an autumn trip to Vegas might just be a necessity considering the stellar concert bill. …Classic Guided by Voices (‘93-‘96 lineup), Sonic Youth and Pavement? Sign me up Chester and book the plane tickets now!


We’ll be dropping further hints about the amazing lineup in the days ahead, but a final announcement and information about how to purchase tickets will be made here at the trusty Matablog on July 5. 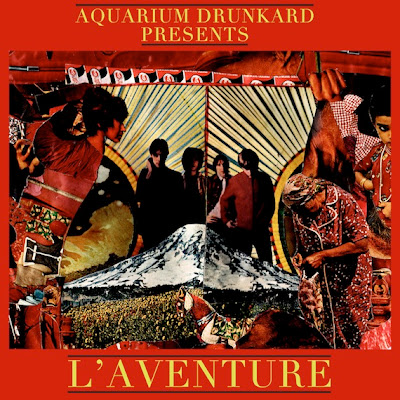 The always wonderful Aquarium Drunkard has assembled a terrific tribute compilation to Television’s oft neglected second album Adventure . Originally released in 1978, Adventure remains one of my all time favourite records and is a worthy candidate to honour. The new compilation features contributions from a number of Los Angeles’ best musical talents, and is a follow-up of sorts to last year's stellar Ram on L.A. compilation.

The list of participating artists includes: Local Natives, The Henry Clay People, The Happy Hollows and more. (Full listing below) My personal highlight is the Imaad Wasif/ Lykke Li collaboration- “Carried Away”. The compendium is available as a free high-quality download in either handy FLAC and/or 320kbs mp3 configurations. Organizers are encouraging those who have the means to donate to the Los Angeles based Silverlake Conservatory of Music. 100% of all donations go directly to the conservatory. A worthy cause dear reader, this one is well worth your attentions and donations. Go here to download it.

Teenage Fanclub All Through the Night 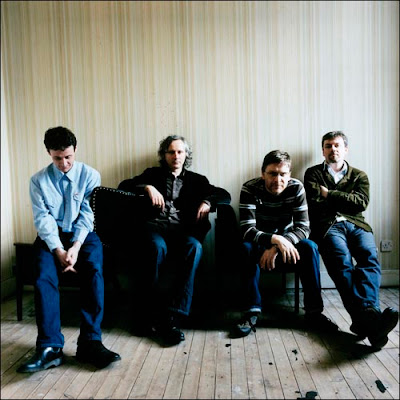 I am certain that any band’s artistic longetivity can be directly correlated to the eager devotion of their fandom. (In this case “eager devotion” is putting it mildly. Beloved Scottish rockers Teenage Fanclub are definitely possessed of that quality. Good news then for followers of the band; After an extended hiatus between releases, (Man-Made 2005) Teenage Fanclub are back. You might recall the power poppers recently released their ninth LP, Shadows, to universal critical acclaim. Thankfully, the group has announced a North American tour for the fall.

There are four Canadian dates currently booked: a two-night stand at Toronto's legendary Horseshoe Tavern, as well as shows in Montreal and Vancouver. For West coast fans looking for something truly special it might be worth it to organize a road trip to Seattle or Portland, where the band will be joined by Superchunk and Telekinesis. (Thank you Anjo for the heads up on that one.) But the icing on the proverbial rock n’ roll cake… For Teenage Fanclub’s Brooklyn date, they'll be playing with fellow Glaswegian fan favourites Belle and Sebastian.

Teenage Fanclub recently wrapped up a UK tour. Their full North America dates are below.

& with Belle and Sebastian
% with Superchunk and Telekinesis

Anyone up for a trip to Brooklyn at the end of September?

I would be remiss if I neglected reporting the Polaris Music Prize Long List of albums for 2010.  Presented this year by the Canada Council for the Arts the register is a comprehensive one.  As always the listing is torturously great; made so simply because of the plethora of fantastic recordings that make it up.

The jury will now take this list and vote again to come up with the Short List, which will be announced July 6th from the Sky Yard of the Drake Hotel in Toronto live on Sirius 86 and CBC Radio 3. 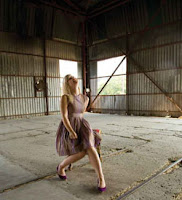 Attention armchair deejays, bloggers and pop afficianados...  Be the first to correctly list five long listers that make the final short list on (July 6th) and you will win one of the CD's that make the cut.  (Put your entries in the comments box.)   That's right folks guess away and new music will be on the way for the first person to correctly name five of the ten finalists.  And by all means, if you want to go out on a limb and predict an eventual finalist I might even have a prize for that in September.  Dan Mangan's got my vote!  Or maybe Shad....  Then again Basia Bulat will always be a sentimental favourite.

Arrggghhh!!!  It sure doesn't get any easier.  Just too much great Canadian music.

Rockin' in the FREE World

At last NXNE has rolled into Toronto and the city is rocking.  Just a quick reminder though that some of the best musical entertainment will be taking place at the Yonge-Dundas Square.  For four days and nights of headline concerts, daytime entertainment, a music marketplace, a beer garden, and much more.
This is NXNE’s prime location – They'll even be shutting down Yonge Street for festivities on Saturday June 19th.  Lots of amazing first rate musical entertainment and best of all, it's absolutely FREE! 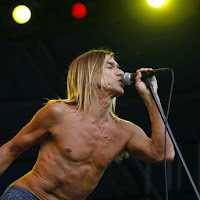 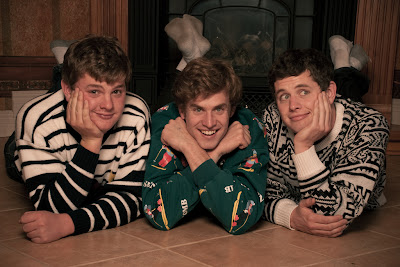 The tight ‘bruthahood’ of the Ramones always played a big part in their rock n’ roll identity. Their common surname, leather jackets and fuzzed out guitars enabled the myth of brethren to grow and the rest as they say is history. Funny thing is though, the Ramones weren’t actually brothers. That was just part of the act.

Sudbury’s The Birthday Cakes are three brothers (really and truly) who not unlike the Ramones, decided they were tired of all the long, boring songs that everyone else plays. So they started a band with the mission to create short songs crammed full of as many catchy choruses as possible. No leather jackets and hopping cretins though for this Northern Ontario trio. This is a band much more comfortable in their acrylic sweaters, over-driving a synthesizer (not a six string Mosrite.) The Birthday Cakes are a band more akin to say Polysics or Devo, just without the fashionable headwear.

Listen to the band’s “Birthday Cakes Theme” here and see what I mean.

While the brevity and breeziness of their songs may give them an air of effortlessness, make no mistake: the Birthday Cakes are extremely methodical and judicious in their songwriting, with an ear for arrangement well beyond their years. Carter Passion Drake, Cameron Magic Drake and Clayton Science Drake tend to shy away from self-indulgent lyrics, preferring to concentrate on topics like magic, science and mystery.

On their new 7” record, Expansion Pack, the Birthday Cakes have taken their music in a more progressive direction. Just four songs and 8 1/2 minutes long, Expansion Pack concentrates the intensity of a full length prog rock record into a sweet slushie with a handful of sour cherry ­blasters sprinkled in. The album is full of off-kilter time signatures and catchy melodies, shout-alongs and hooks, with a more concerted effort towards layering than on their previous release, Romper Room.

They have been playing together for just over two yrs now. Always performing in stylishly coordinated outfits, with a barreling, slapdash intensity, the Birthday Cakes have earned comparisons to Devo, the Unicorns, They Might Be Giants, Mike Patton and DD/MM/YYYY.

The Birthday Cakes have toured Canada coast-to-coast once and done a tour of Ontario. Their debut album, Romper Room, charted at #31 on the national campus radio charts. They were also the featured track of the day on CBC Radio 3. They are currently preparing for the release of their new record & the accompanying two-month long cross-Canada tour. 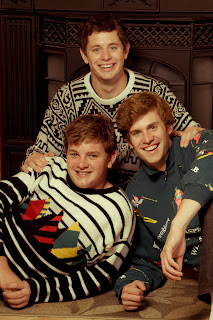 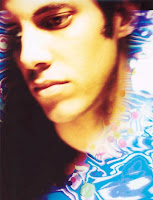 Domino Records will release the Four Tet Angel Echoes Remix 12” on August 3, 2010 in North America (July 19, 2010 in the UK). Angel Echoes is the third single from Four Tet’s universally acclaimed album There Is Love In You. The A side on this remix 12” features a deep, club ready remix by Caribou, currently on tour promoting his new album Swim. (You can download that one for free via the handy widget below.) The flip side contains a gorgeous piano-infused remix by Domino Record’s labelmate Jon Hopkins. The digital bundle will include all the ‘There Is Love In You’ remixes to date.

Four Tet will be back in North America this October for a tour. So far the dates are looking like this:


FOUR TET A JOY from Ben Collier-Marsh on Vimeo.
Posted by Sean Wraight at 10:23 p.m. No comments:

Menomena Back with Mines This Summer 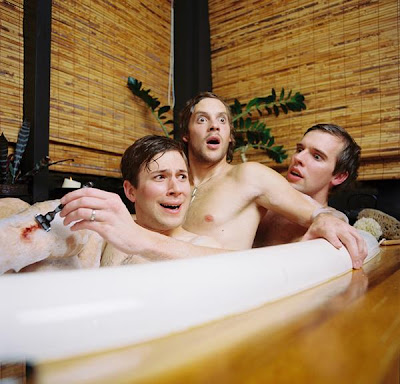 Portland, OR trio Menomena (Justin Harris, Brent Knopf, and Danny Seim) will return this summer with its much anticipated fourth studio album. The album, entitled Mines will be released on July 27th via Barsuk (North America) and City Slang (worldwide). Mines (tracklisting below) is the follow-up to their very excellent Friend and Foe released in 2007.
Certainly no strangers to the best cover art, the band’s first album featured unusual packaging in the form of a flipbook depicting the band members performing. Menomena promises more artistic goodness with their latest effort as well. The cover of Mines depicts a statue in a forest, and while it looks fairly normal on your average computer screen, will actually be included as a stereogram optical illusion.