Playlist 28 - The Ghost Of Rockschool 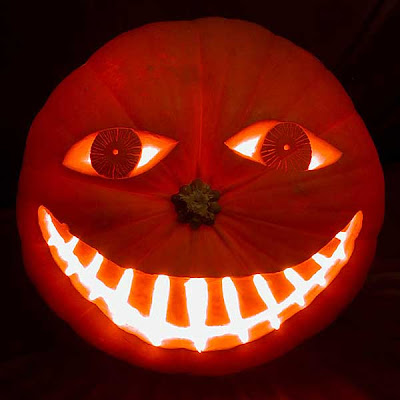 It's been forever since I've done a playlist and I simply can not turn down a special request for music to mark a special occasion. Well ghosts and ghostesses it's Hallowe'en and it's time to turn up the music. (One must keep the creatures away after all.)

This Hallowe'en themed playlist should be more than long enough to keep you rocking well into the eeeeeee-vening.

And Now We Sing

There is something about the fall that I find particularly stirring. Perhaps it’s the explosions of unrefined colour that swathe every treed landscape around here; perhaps it’s the sense of urgency so many silvery clouds and cold frosty mornings imbue within me. I know what lies around the corner and these days feel like a series of gifts. The very ones you have to lock in your heart for safekeeping because by mid-February you’re going to need them. That is always the way.

And Now We Sing, the new record and second full length from London’s own Olenka and the Autumn Lovers feels like a succession of gifts too. Fourteen exceptional songs each comprising a small treasure that will twist around your heart and seize it from the get go. These songs, some of the best I have heard from anyone this year. (Hyperbole be damned.) This is simply one fine record from start to finish. Don’t be surprised if this one figures prominently on the Polaris Prize list of nominees next year. 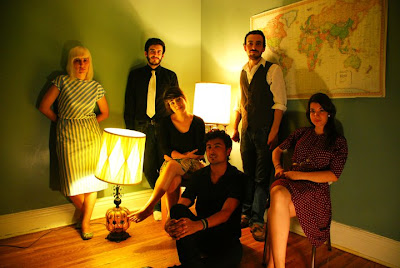 Olenka Krakus, along with her band of Autumn Lovers has delivered a fine blend of Eastern European tinged folk and urban Canadiana. And Now We Sing, a collection of folk ballads and celebratory songs succeeds because of its grand diversity- Quiet as can be in one moment and rollicking in the next. I imagine this record performed around a roaring campfire- Violins and guitars drawing the listener in and around, warming and enlivening the soul with perfect harmonies. Topping it off, Krakus’ extraordinary voice and wise beyond her years lyrical capacity will leave you more than a little awestruck. With a voice that rivals the sweetest of singers (“Lark”), next delivering poetic words that cut as deep as a sharpened knife (“No Coins”). For the uninitiated, think Gogol Bordello fronted by Patti Smith with Wilco playing in the background.

Standout tracks “Motel Blues”, and my current favourite “Go” showcase the stellar guitar work of Autumn Lover Blair Whatmore. His pedal steel and guitar skillfully weaves its way in and around this record. The results add an original and entirely playful layer to augment the rich sounds of the band.
Produced by Olenka Krakus, And Now We Sing is a powerful achievement that demands repeated listening. Your favourite song will change with every listen.  The record is a  perfect heartfelt antidote for cold nights and burning soul fires.

Lock this one in your heart too. You never know when you just might need it.

Olenka and the Autumn Lovers:

Olenka and the Autumn Lovers have been gradually releasing And Now We Sing on a recent tour of , premiering the disc in every city they visited. Now its ’s turn as their homecoming show and record release happens this Friday night at the Aeolian Hall.

From Olenka and the Autumn Lovers:


first and foremost, some of you may be aware that Friday will be Blair's last show with the band. it's sad news, but we wish him well in his future musical pursuits. we hope you guys will make an extra effort to come out and see him off.

secondly, our dear friend and bass-guru, Kevin Brasier, is taking the train all the way from Sackville, New Brunswick to join us for the show. we had the fortune of playing with Kevin during a few of our recent Maritimes dates, and we can't wait to share the stage with him again this Friday.
also joining us at Friday's show will be Shawn Clarke on saxophone, Kelly Webb on trumpet, and Christian Hegele on keys/piano. that's right! a fairly large brass contingent and a dollop of keyboard sweetness!

also, Kite Hill will amaze you. we've played a bunch of shows with them over the past few weeks, and each night they get better and more inspiring. we can't wait to share their music with you guys.

finally, Marc Gammal at APK Live has invited us all over to his lovely new venue for an afterparty. bring your tickets to bypass the line, and i think if you mention something about the show to Marc, you get a treat... or a trick, not sure. you'll have to try your luck.

thanks for your love and support,

And Now We Sing will be available for sale the night of the show.
Concertgoers are invited to the official after party at The APK Live (340 Wellington St. at York, downstairs). Kite Hill is also on the 9 p.m. bill at the 795 Dundas St. (at Rectory) hall. Tickets are $15 in advance, $20 at the door, plus applicable charges.

I Am a Tribute

Guided By Voices Homage on the Way


As the Guided By Voices Hallway of Shatterproof Glass reunion tour continues to successfully chug along through various US dates, news of a special tribute recording for Dayton’s finest has emerged. Along with a cover from the Flaming Lips, artists lined up to contribute their takes on Guided by Voices tracks for the homage LP include: Cymbals Eat Guitars, La Sera (aka Kickball Katy from Vivian Girls), Blitzen Trapper, the Clean's David Kilgour, the Breeders' Kelley Deal with Buffalo Killers, Elf Power, Of Montreal's James Husband, Drive-By Truckers' Jason Isbell, and Thurston Moore, whose previously released version of "Stabbing a Star" will be included. 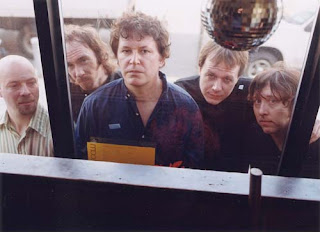 The news comes courtesy of Pitchfork, which adds that the album and a bonus digital EP with GBV covers from smaller bands is due out on No More Fake Labels early next year. There are still a few artists yet to be announced but so far things are looking quite stellar. 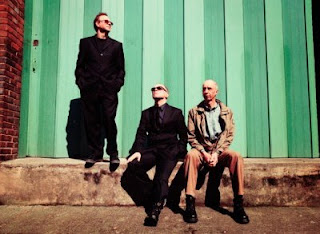 Legendary U.K. post-punkers Wire has announced it will release its 12th studio album Red Barked Tree on January 11th. Recorded throughout 2010 by Colin Newman, Graham Lewis and Robert Grey; the record will be released on the band’s own Pink Flag label.

While the album comes out in January on CD, the band will issue it early — on December 20th via digital outlets. Fans who purchase it through Wire’s mail order store will also receive a free live EP called Strays.

Wire is previewing the new album by offering up a free MP3 download of “Two Minutes” (via Pitchfork) - a raucous and exciting two minute affair well worth your download bandwidth. You can download the full track here.
Album tracklist below: 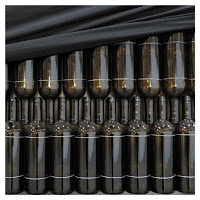 6. “Bad Worn Thing”
7. “Moreover”
8. “A Flat Tent”
9. “Smash”
10. “Down To This”
11. “Red Barked Trees”
The band is also hinting at an extensive tour with details to be announced soon. Thirty five years in, it’s nice to see the band producing relevant and exciting material.
Posted by Sean Wraight at 5:30 p.m. 4 comments:

Scottish indie quintet Frightened Rabbit released their latest album, Winter of Mixed Drinks, in March of this year, and followed it with a hearty round of international touring and appearances. As the Selkirk scenesters close the book on 2010 though, a compilation of all the singles from the album in a box set of vinyl seven-inches has just been announced. 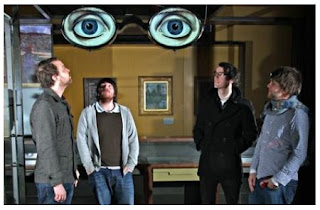 The limited edition collection will contain the singles "Swim Until You Can't See Land," "Nothing Like You" and "Living in Colour" and the upcoming "The Loneliness and the Scream."
But this is where it gets really interesting … The B-side of the latest single — "The Loneliness andthe Scream," due out November 22nd in the UK and on December 8th in North America — is a cover of Elton John and Kiki Dee's 1976 hit "Don't Go Breaking My Heart." The Frightened Rabbit version is a duet between Scott Hutchison and the Hold Steady's Craig Finn. (Curiously, the original being the first single I ever purchased. ed)

Hutchison explained the inspiration behind the cover in their press release:


“The B-side has been an idea of mine for a couple of years actually, two guys singing the Elton John/Kiki Dee duet. When I was making a list of the ideal Kikis, Craig Finn was at the top. I couldn't believe it when he agreed to do the part. I imagined it sounding like two drunk guys doing the whole 'I love you, man' speeches towards the end of a drunken night."

The box set will be available via the FatCat Records website and will be limited to only 500 copies. To coincide with the release, Frightened Rabbit will be heading out on a UK tour. See the dates below.

By special request, a few of my favourite pictures from LOLA 2010.  A resounding success all around.  Huge kudos to the organizers for an amazing weekend of music and art in London.

Email ThisBlogThis!Share to TwitterShare to FacebookShare to Pinterest
Labels: A Few of My Favourite Things, Every Picture Tells a Story, LOLA 2010


Matador at 21 - Livestreaming on MySpace

MySpace via Pitchfork Link Here
Posted by Sean Wraight at 10:00 p.m. No comments: