Tom Waits for Everyone 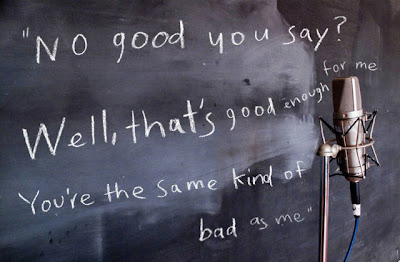 Those low rumblings you felt earlier may in fact have been internet ruminations the world over that new Tom Waits music would be imminent.  Good news too considering it’s been far too long since we were treated to “new Tom”.

Anti Records and Tom himself confirmed today the October 25th release of  Bad As Me today.  It is Waits’ first studio album of all new music in seven years.  According to the press release:


“Waits, in possibly the finest voice of his career, worked with a veteran team of gifted musicians and longtime co-writer/producer Kathleen Brennan” on this one.  “Like a good boxer, these songs are lean and mean, with strong hooks and tight running times. A pervasive sense of players delighting in each other’s musical company brings a feeling of loose joy even to the album’s saddest songs.”

Bad As Me will be available October 25th.  A deluxe version of the new record will include a 40-page book of lyrics and photos taken by Waits himself, along with three bonus tracks. The album, which features the cover above, will also be available on 180-gram vinyl, which will include the LP and CD, plus a full-size 12-page book.


Bad As Me Tracklisting

Email ThisBlogThis!Share to TwitterShare to FacebookShare to Pinterest
Labels: Anti Records, Best New Music 2011, He Only Gets Better, Tom Waits 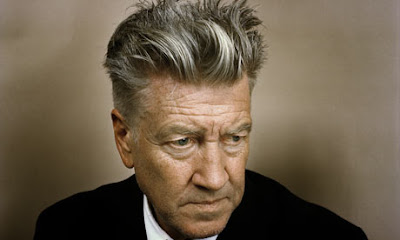 No, my career aspirations have not changed, and the aforementioned title is not a reference to the current state of American politics. Rather the title refers to premiere film director David Lynch’s next musical project. You may recall the last project, a single called “Good Day Today” and “I Know” that he released last December.  This one though will see release on November 8th, when his debut electro-pop tinged album, Crazy Clown Time, hits the shelves (and servers).

Along with the album’s title and release date, it was announced last week that the track "Pinky’s Dream" features the fantastic Karen O. (of the Yeah Yeah Yeahs). Otherwise, Lynch did all the work pretty much on his own: he wrote, produced, and performed each song, with some help from engineer Dean Hurley, who also steps in on guitar and drums on a few tracks.

Not a lot more information on this release for now.  I will update when appropriate.

See the track listing for Crazy Clown Time below:

New Music on the Way From Cass McCombs 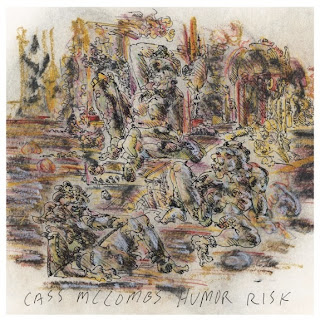 Singer-songwriter Cass McCombs is a remarkable artist. Lyrically astute and capable of those heartbreaking melodies that always manage to worm their way into one’s psyche. He released one of my favourite records, Wit's End earlier this year and there is no doubt it will figure prominently in my best of the year wrap-up. If by chance, you haven’t heard this amazing work I urge you to seek it out. Needless to say, I was very pleasantly surprised to hear that he'll be following it up with another new release later this year. On November 8th, Domino will unveil Humor Risk. Definitely more upbeat than the last one, you can hear for yourself by downloading "The Same Thing” by heading to this site and for the expense of an email address.

McCombs recorded the album in different homes and studios around the U.S. McCombs produced it with Ariel Rechtshaid, who also worked on Wit's End and Catacombs. (See the new album's tracklist below.)

Cass McComb’s Humor Risk is out November 8th on Domino.

The Most Wonderful Time of the Year Just Got More Wonderful 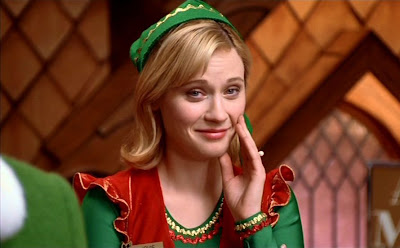 Via Twitter, Zooey Deschanel announced her excitement of a She and Him holiday record.


"Exciting news! @sheandhim will be releasing our first holiday record later this year! Been working on it a while! I'm super pumped about it!"

At this point the record is non-specified to be original or traditional holiday tunes, though I suspect a combination of these will comprise the eventual release. I shall update when I can so for now enjoy this holiday news as the dog days of summer drag on. Watch for M Ward’s next solo endeavour later this year too.

The Art of the Mix 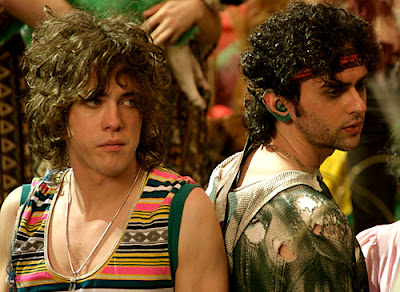 I have a real soft spot for the art of the mix.  Those perfect compendiums of music drawn of diversity and pure passion.  TheLateNightTales series of compilations has long been a favourite of mine with one-of-a-kind playlists assembled by a diverse array of some of the most compelling artists making music including:  The Flaming Lips, Air, Belle and Sebastian, Arctic Monkeys, Four Tet and many more.  The list is a long one but it’s also a great one.  The results being some very compelling and enjoyable listening.  The compilation series has lined up yet another groundbreaking act to curate the next entry in the series: MGMT. Their compilation arrives on October 3rd, and it features tracks from people like the Velvet Underground, Felt, Suicide, Spacemen 3, and Disco Inferno. It also features an exclusive MGMT track: The band's cover of the Bauhaus song "All We Ever Wanted Was Everything".  Check out the compilation's diverse track listing below. 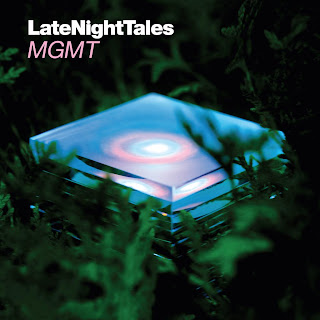