A couple great performances this past weekend on Austin City Limits.  Just in case you missed it.  Have a look for yourself. 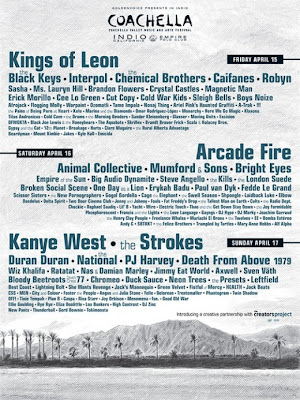 Headlined by Kings of Leon, Arcade Fire, Kanye West and The Strokes, the festival located on the Empire Polo Grounds in Indio, California will also feature sets by reunited Britpop legends Suede, The Black Keys, P.J. Harvey, Interpol, The Chemical Brothers and many others.  Like some fantastic best music of 2010 too, the California music festival will include appearances by Duran Duran, Wire and reunions of Mick Jones’ post-Clash project Big Audio Dynamite and Death From Above 1979. (Full listing below) 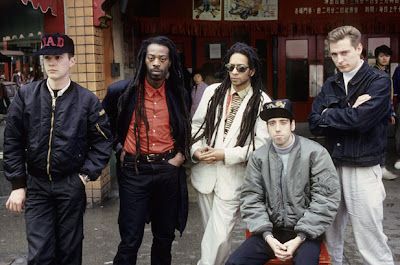 The details - The festival takes place April 15th - April 17th. Three-day weekend passes cost $269 (plus $3 charity plus $9 facility fee plus service fees) and go on sale 10AM this Friday at the Coachella website.

I’m thinking its time to get the Winnebago off the blocks… Anyone up for a very long road trip?  I wanna see the National in the desert.
Posted by Sean Wraight at 12:26 p.m. 1 comment:

Email ThisBlogThis!Share to TwitterShare to FacebookShare to Pinterest
Labels: Coachella 2011, Wait Kings of Leon are Our Counting Crows, What no Counting Crows

The Man with the Golden Ear 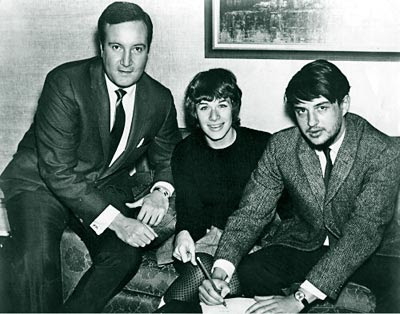 The music world lost a legend when influential music producer, song publisher, manager, and television host Don Kirshner passed away yesterday in Boca Raton, Florida at the age of 76 from heart failure.
Kirshner is best known to the general public as the host of the ABC late-night show Rock Concert, but it was his work behind the scenes that made him the legend. A true pioneer in the music industry Kirshner originally worked in business administration.  He gravitated to the music business in the late 1950's, helping get Bobby Darin's career off the ground and working as the manager of Connie Francis. The latter partnership skyrocketed Francis' career with hits like "Who's Sorry Now", "Stupid Cupid", "My Happiness" and "Among My Souvenirs".

At the same time, Kirshner and Al Nevins formed Aldon Music to capitalize on the surge in rock popularity and opened an office across the street from the celebrated Brill Building in New York. They started by signing Mort Shuman and Doc Pomus and followed by inviting Neil Sedaka and Howard Greenfield, Barry Mann and Cynthia Weil and Carole King and Gerry Goffin. Their teams were responsible for many of the hits of the late 50's and early 60's including "Breaking Up is Hard to Do", "On Broadway", "You've Lost That Lovin' Feelin", and "Will You Love Me Tomorrow".

Don Kirshner also served as the music director for The Monkees television show, and had a hand in the production of the Monkees' first two albums. He was the force behind the cartoon band the Archies, and ran three labels in the 1960s and 1970s: Chairman, Calendar, and Kirshner, the latter of which launched the band Kansas.

Kirshner’s wide-ranging success in the music business earned him the nickname ‘the Man with the Golden Ear’ from contemporaries. In 2007, Kirshner was inducted into the Songwriter's Hall of Fame.

J Mascis Unplugs for Several Shades of Why 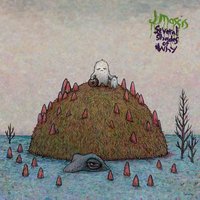 Dinosaur Jr. frontman J Mascis will unplug the Marshalls this spring for a just-announced twenty two date North American tour in support of his forthcoming, first solo studio album Several Shades of Why. Definitely a departure for fans of that trademark guitar, drums and vocals that have long driven a string of amazing bands including: Deep Wound, Dinosaur Jr., Gobblehoof, Velvet Monkeys, the Fog, Witch, Sweet Apple and numerous session appearances.

The tour opens March 10th in Ithaca, N.Y., and wraps up May 7th in San Diego, with several breaks in between to space out those shows (see full dates below). Mascis will release his new album on March 15th on via Sub Pop; The disc features plenty of guest s including: Kevin Drew of Broken Social Scene, Kurt Vile and Band of Horses’ Ben Bridwell, among others. You can grab a free MP3 of album track “Not Enough” by clicking the handy linkage below. Full tour dates below that. 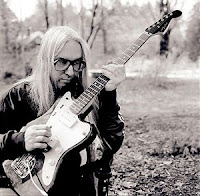 A credible, edible* collection of 11 songs 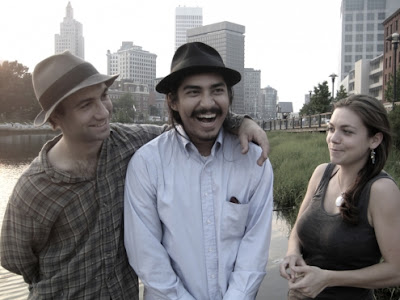 New the Low Anthem Next Month 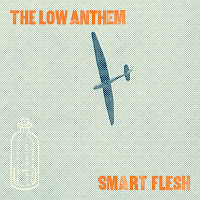 Looking ahead this year 2011 could shape up to be yet another stellar one for music fans. One release that I am anxiously awaiting is the new one from the Low Anthem. The follow-up to 2009’s spectacular Oh My God, Charlie Darwin the new release is called Smart Flesh and is scheduled for release on February 22nd via Nonesuch.

A credible, edible* collection of 11 songs. Softer than your velvet Elvis and fiercer than Lady Hate herself. Chapped, naked love songs, lazier than the drifting sun. Songs of fear, cruelty and redemption. Songs on songs. Essence and nonsense. Frequencies for sympathetic architects. A church - a black hole – silence – exit music for thunder. Oooeeee! Herein: that bulbous, intelligent brain flesh of empty whales. That vacuous and monotonous flesh of the tumor. That taut flesh of the archer and his drawn bow. That trembling gut of the tightrope, that humming steel of airplanes. Woe that endless hunt. Woe ye embalmers of beauty. Woah! That tender and redeemed flesh…


*FOR YOUR EARS ONLY, WITH LOVE

The first 250 pre-orders of the recording from The Low Anthem store include a letterpress printed poster, signed by the band. All pre-orders include an instant download of the album's opening track, "Ghost Woman Blues”. Notable too, the first 5,000 CDs will come in letterpress printed packages with a bonus disc featuring three unreleased tracks from the Smart Flesh sessions. As well, the first 5,000 vinyl copies will also come in exclusive letterpress packages. The CD and vinyl are already available for pre-order through the band’s website, at shows, or through Nonesuch.

(Catching up on some stuff you may have missed over the holidays.) 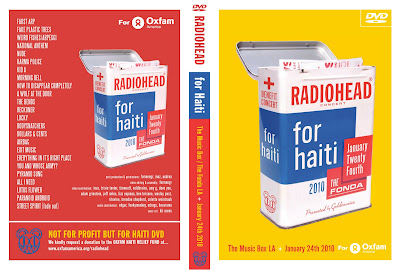 Just into 2011 and rumours abound that Radiohead will be releasing new music this year. For those Paranoid Androids that just can’t wait- a special treat. Last January, the Oxford quintet put on a very exclusive (limited to only 1400 fans) show in Los Angeles to raise money for Haitian earthquake relief. Thanks to a handful of ardent fans supporters, an official two disc DVD consisting of footage from the concert, videotaped by fourteen different fans, and a few audio tracks is available for download, and is even streaming on Youtube. All twenty four songs performed are featured in the film; the setlist (see below) including classics from The Bends to 2007′s In Rainbows. All Radiohead asks is that you donate to Oxfam Charity in return.


You might recall a fan made concert film sanctioned by the band with high quality audio supplied by them, that was made available last August. Great stuff there too!

You can find all the links to download this two hour concert film here. Again, if you do download the film, all Radiohead asks is a donation to Oxfam in return.

So Radiohead fans... Give early and give often.  This one is very much worth it.

Encore:
Everything In Its Right Place
You and Whose Army?
Pyramid Song
All I Need
Lotus Flower
Paranoid Android
Street Spirit 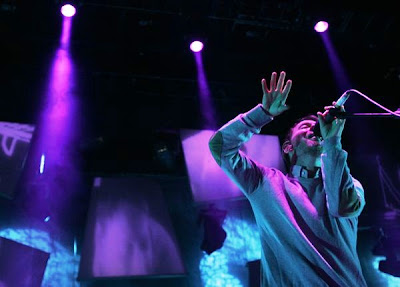 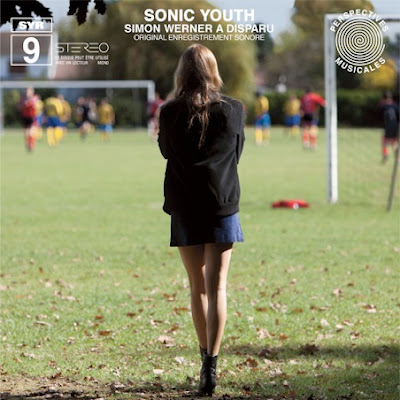 The latest opus in Sonic Youth’s vast musical canon is soon to be released. This time, a fantastic soundtrack to the latest film from French director Fabrice Gobert,  Simon Werner a Disparu (aka Lights Out) is headed for release. According to the band's news blog, the score serves as the latest installment in the band's experimental-leaning SYR series - (SYR 9). It will be released on that imprint digitally on January 25th via Midheaven, on CD February 15th, and March 1st on vinyl.

The film will be released on DVD in France on February 1st, with a bonus CD containing pieces of Sonic Youth's score. Check out the soundtrack's tracklist below, as well as a trailer for Simon Werner a Disparu, which features some of Sonic Youth's music for the film.

Tracklist on that CD as follows: 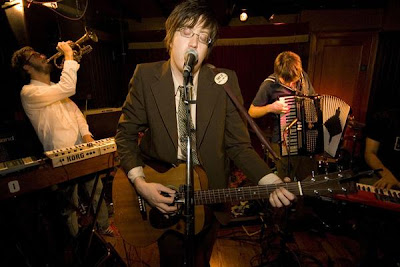 In 2010, Okkervil River put out a collaboration with Texas psych legend Roky Erickson. Critically regarded as his comeback album True Love Cast Out All Evil, was a bold step for all parties. Okkervil River’s Will Sheff was in fact recently nominated for a Grammy for his liner notes for the aforementioned release.

This year though, the band will be focusing on their own craft once again, as they will release a new single on February 8th via Jagjaguwar.

The single contains two new tracks: "Mermaid" and the b-side "Walked Out on a Line." (According to the fan site Down the Oubliette, "Mermaid" was previously featured in the independent 2008 film, In Search of a Midnight Kiss.)

The single will come out on glorious twelve-inch vinyl. As always, for those without a vinyl carver, it will also be available digitally. The "Mermaid" single precedes Okkervil River's forthcoming follow-up to 2008's brilliant The Stand Ins, which is due sometime later this year.
Posted by Sean Wraight at 7:35 a.m. No comments: