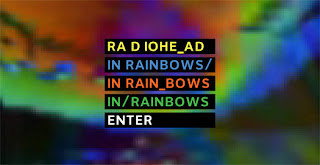 **UPDATE**
You will eventually have three ways to pick up the seventh Radiohead LP, the Nigel Godrich-produced In Rainbows. It all depends how much you want to pay, which goodies you'd like, and how soon you want the tunes. Observe:

1. As a DRM-free mp3 download, beginning October 10 (and available for preorder now), via www.inrainbows.com . This version contains the 10 tracks that comprise In Rainbows, and you can pay whatever the hell you want for it. This is basically the band leaking the album and asking you for a donation to access it.

2. As part of a deluxe "discbox", available for preorder now and shipping in December. In addition to the 10-track In Rainbows on CD, you also get the release on LP and as a digital download, plus an enhanced bonus CD packed with eight more tracks, photos, and artwork (and an LP of the bonus tracks), plus art and lyrics booklets and some nifty looking packaging. This thing costs £40.00/$81.00.

What Radiohead is doing here is actually pretty cool. Rather than preface their new album's release with the usual three months of press ballyhoo, only to have it leak at some random time before it comes out, they've kept it completely under wraps, then essentially gone and leaked it themselves. What's more, they've turned this into a moral question of sorts, by giving us the freedom to pay actual money for what amounts to an album leak.
_____________________________________________
At last!
A rather cryptic message on their website, but I'll take it.

Autumn just got even better.
Posted by Sean Wraight at 9:28 p.m. 2 comments:

Email ThisBlogThis!Share to TwitterShare to FacebookShare to Pinterest
Labels: In Rainbows, Radiohead 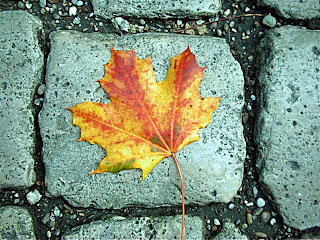 In honour of my favourite season, a playlist to commemorate the arrival of Autumn. A single disc this time, as brief as the season will no doubt feel.

Truly one of London's greatest music and arts weekends ever held, LOLA Fest 2007 has come and gone. A huge thank you to all of the organizers, bands, artists and fans for making this terrific event such a success. I felt very fortunate to partake in this happening and enjoyed all aspects of it. I discovered a lot of great new music and that is exhilarating to me.

I will dispense with the usual review, but rather feature some of my pictures from the weekend.
Let's hope LOLA Fest 2008 is in the planning stages. I encourage everyone to support this event in any way you can. 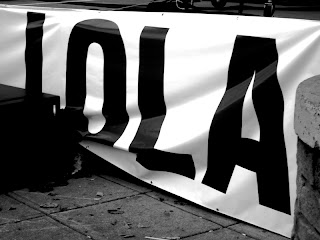 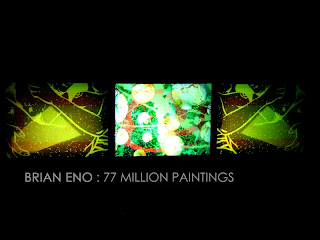 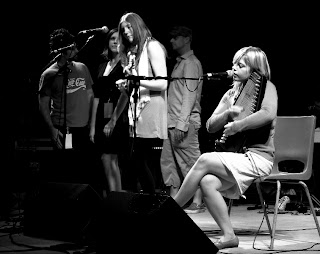 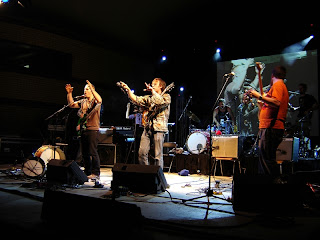 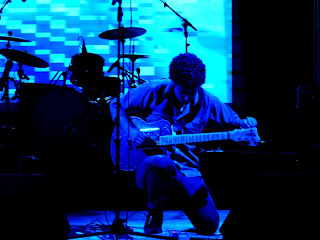 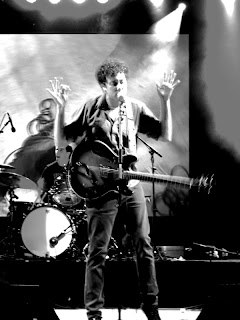 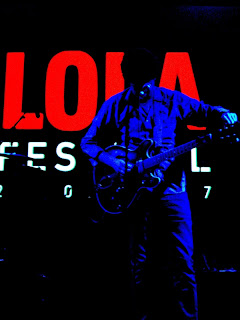 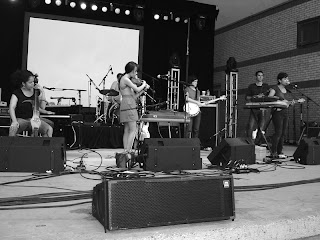 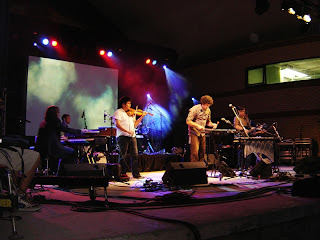 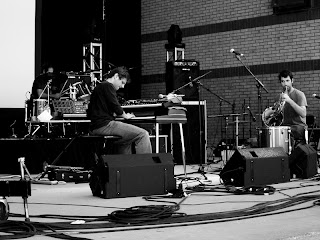 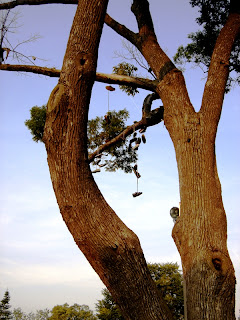 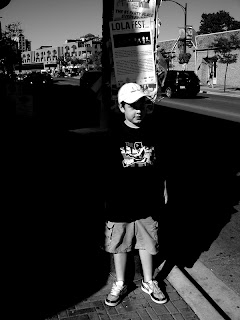 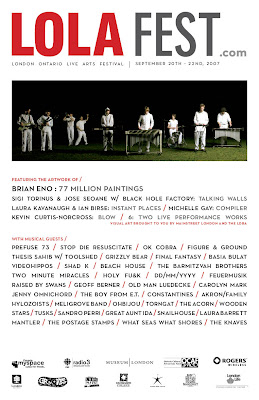 At last it's here. Opportunities like this one are rare. Be sure to attend. Click to see the lineup and times.

British artist Brian Eno's generative exhibition 77 Million Paintings is being unveiled Thursday at the Wolf Performance Hall. (Eno is said to be recording with Coldplay and won't be on hand.) Grizzly Bear, Constantines, Basia Bulat, Torngat, Hylozoists, the Acorn, Prefuse 73 and Akron/Family are among the free attractions at Victoria Park. There are also some admission-charging club shows.

Always relevant, always ecclectic, but never obvious… A playlist inspired by the road. A celebration of the 50th anniversary of the first publication of Jack Kerouac’s On the Road.

(The title is borrowed from the Jim White song of the same name.) 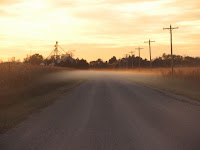 File Under: Hey Jack Kerouac, word to your mother!
Posted by Sean Wraight at 9:09 a.m. No comments: 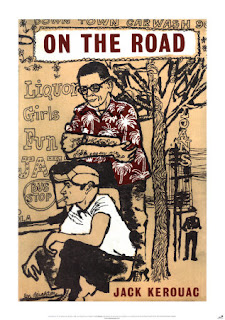 Jack Kerouac’s hugely influential book On the Road, celebrates its fiftieth anniversary of publication this month. The seminal work has never disappeared from bookshelves and still has a vibrant existence on university English course syllabuses and high school summer reading lists. The autobiographical, stream of consciousness On the Road follows Sal Paradise (a character based on Kerouac) and Dean Moriarty (based on Kerouac’s friend Neal Cassady) as they ramble back and forth across America, drinking, listening to jazz and having casual affairs. Sordid stuff back then, the book a bible for disconnected dusty backpackers everywhere.

In 1951, Kerouac wrote his first draft of "On the Road" in three weeks on a single huge roll of paper. Contrary to legend, the scroll was not a roll of teletype paper but a series of large sheets of tracing paper that Kerouac cut to fit and taped together. Again contrary to popular literary lore, it is not unpunctuated - merely without paragraph, which makes a certain physical demand on the reader; who is deprived of the usual rest stops. Also contrary to received ideas, Kerouac, by his own admission fueled his work with nothing stronger than coffee. The scroll is slightly longer than the novel as it was finally published, after three subsequent conventionally formatted drafts, in 1957.

On the Road is a dazzling piece of writing for all of its rough edges, and, stripped of affectations that in the novel can sometimes verge on bathos. Gratuitous punctuation, supplied by editors more devoted to rules has made it easier to read but does not do justice to Kerouac’s lyrical bent. The book in all of its versions is the story of a series of cross-country trips made by Kerouac between 1948 and 1950 - "trips" rather than "travels," because they are all about covering ground, whether by hitchhiking, by bus or by car. Essential to the whole enterprise is Kerouac's relationship with Neal Cassady (Dean Moriarty), who is one of the greatest characters in American literature without any need for imaginative tinkering on the part of the author. Therein lies its true beauty. This is America's heart and soul laid bare, the results affecting and pure even fifty years later.
Timeless themes and highly creative, I urge everyone to read this book. It will become a part of you.
Posted by Sean Wraight at 10:31 p.m. No comments: 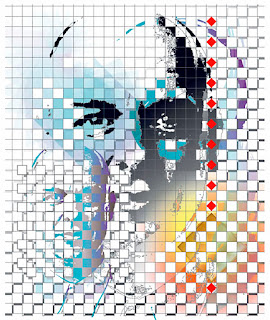 Multimedia artist Brian Eno, perhaps best known his for records with Roxy Music and U2, is bringing his “77 Million Paintings” art plus music exhibit to North America. The installation, which is a kaleidoscope of the world’s art accompanied by his music, will follow a successful San Francisco run with a trip to London. LOLA (London Ontario Live Art Festival 2007) runs from September 20 – 22. See the web links for full times and dates.

Eno, a pioneering musician has had a long career as a visual artist. He has worked with "generative" light compositions in the same way that he has worked with generative music for decades. His visual work has been exhibited in galleries across the world and installations of his latest generative artwork, “77 Million Paintings” will be showing for the first time at LOLA before travelling to the Biennales of both Venice and Milan this year.

Eno’s unique installation features customized software to create literally millions of visual combinations of “visual music”. The paintings are generated from handmade slides that are randomly combined by the computer. The software also processes Eno’s music that accompanies the paintings, in a similar way to the selection of elements and their duration in the piece. They are arbitrarily chosen, forming a virtually infinite number of variations. The result is that having created the seed of the work it becomes unpredictable even to the artist himself and every viewer has a singular experience of the painting.
Well worth your time this opportunity should not be missed.
Posted by Sean Wraight at 5:44 p.m. No comments: