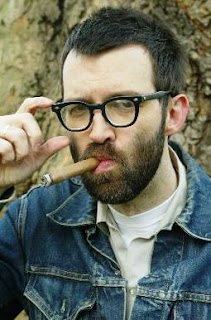 Hot on the H(eels) of the exceedingly wonderful End Times album, Mark Oliver Everett (Eels) is ready to drop yet another Eels album. Tomorrow Morning will be released on August 24th via Everett's own E Works Records. The recording represents the third part of a trilogy of albums that began with 2009's Hombre Loco, and continued with the early 2010 release End Times. Today, the tracklisting and artwork for the new album were revealed (full track listing below).


Eels will embark on a world tour in support of the new record. Stops include dates in Australia, Japan, Europe, Canada and the United States, starting in California on August 3rd. Canadian dates include stops in Montreal and Toronto on September 28th and 29th, respectively. The full schedule can be seen on the Eels tour page here.

1. In Graditude For This Magnificent Day
2. I'm A Hummingbird 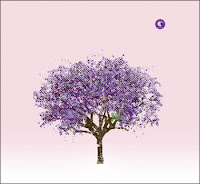 
EELS - That Look You Give That Guy - from HOMBRE LOBO from EELS on Vimeo.
Posted by Sean Wraight at 5:12 p.m. 1 comment: 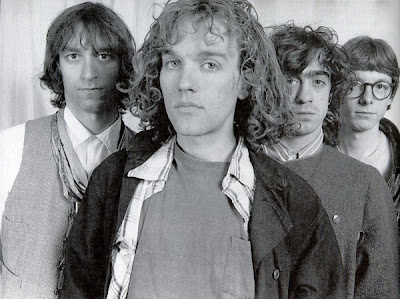 This summer R.E.M. will mark the 25th anniversary of their third album, Fables of the Reconstruction, with the third installment in the band’s ongoing reissue series. (Ironically this will also be the third version of this album I will have purchased. ed) The package will be different from previous efforts as this will be a double disc release featuring 14 previously unreleased demos. The Fables reissue follows similarly expanded re-releases of 1983’s Murmur and 1984’s Reckoning in 2008 and 2009, respectively.


The previously unreleased demos cover every track on Fables of the Reconstruction, plus “Bandwagon,” which was used, in finished form, as the B-side to “Can’t Get There From Here”; “Hyena,” later recorded for Lifes Rich Pageant; and “Throw Those Trolls Away,” a song the band has never released in any form.
From REMHQ An excerpt from the Peter Buck-penned liner notes: 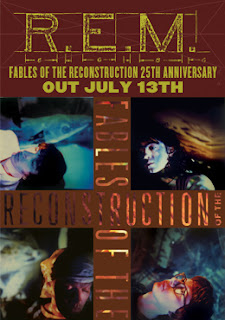 “The last day of rehearsal, I think with Joe Boyd in attendance, Jim Hawkins recorded what we had come up with. We spent about four hours recording all the new songs live, with minimal overdubs. I hadn't listened to this stuff since we recorded it, and I'm kind of stunned at how good it is. My memory of the rehearsals is us scrambling to finish songs. The songs on both Murmur and Reckoning had been performed for months if not years by the time they were committed to tape. I remember feeling dangerously unprepared when we flew to London, but on the evidence of this recording we must have known what we were doing.”

In the U.S., Fables Of The Reconstruction peaked at #28 on The Billboard 200, and its singles, “Can’t Get There From Here” and “Driver 8,” reached #14 and #22 on Billboard’s Mainstream Rock chart, respectively. In the U.K., Fables reached #35, the band’s highest U.K. chart position to that point in their career.


“It's a personal favorite,” writes Buck, “and I'm really proud of how strange it is. Nobody but R.E.M. could have made that record. It took our four twisted personalities and the legendary Joe Boyd to make an album that character-filled and vibey.”

On July 13th The Capitol/IRS set will be packaged in a “lift-top box” with a poster and four postcards. The remastered original album also will be released on 180-gram vinyl that same day.

See full tracklist for R.E.M.’s Fables of the Reconstruction reissue below

'Walkie' On the Wild Side 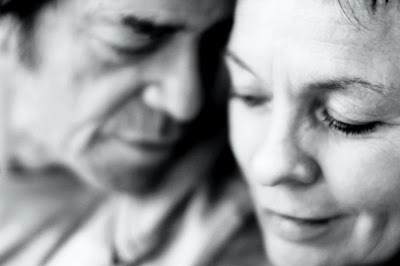 As part of the Vivid Live Festival in Sydney, Australia, Lou Reed and longtime partner Laurie Anderson will be performing a 20 minute concert that can only be heard by dogs, using high-frequency dog whistles. The piece was inspired by their rat terrier, Lollabelle.


From the Sydney Morning Herald:


"It's OK with me if they run in circles," she said. "They can [even] express themselves and make a little mosh pit if they feel like it." The concert will also be short. "Dogs don't have a giant concentration span – 20 minutes tops," Anderson said. "Actually, I think a lot of shows for people would be improved if they were 20 minutes. Shows are too long – my own included. I dream of making something that's a perfect half hour and then it just goes on and on."

It all takes place at the Sydney Opera House's northern boardwalk on June 5th. In addition to the canine concerto and additional sets from Reed and Anderson, My Brightest Diamond, Rickie Lee Jones, Bardo Pond, Holly Miranda, and a string quartet-backed Emily Haines of Metric will also be performing. Both Reed and Anderson are curating and headlining the month-long event, featuring Boris, the Blind Boys of Alabama, and Tuvan throat-singers Chirgilchin.

Laurie Anderson is also releasing her first album in a decade on June 22nd. Canines take note: This one will be for human consumption.
Posted by Sean Wraight at 12:35 p.m. No comments: 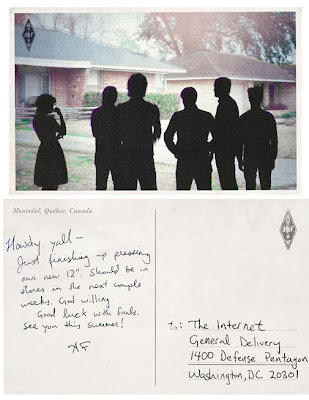 What Noisy Scots Are We 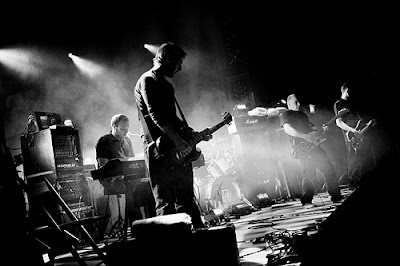 Scottish band, Mogwai have teamed up with directors Vincent Moon and Nat le Scouarnec to produce their first live concert film called Burning. You might recognize Moon and le Scouarnec as the creative masterminds behind La Blogotheque’s Take-Away shows (which are frequently linked to on this blog.) The film is set for release in August 2010 to coincide with a live CD entitled Special Moves.

The film features incendiary footage of the band from their three Music Hall Of Williamsburg gigs in Brooklyn, NY last April.


"He's a really good guy and I think he really gets what we're all about. He's an eccentric guy, but he's really hard working and he's got an amazing outlook… It's not a traditional music film...there's a few abstract things of us walking around New York and a few little montages. There's no speaking in it at all, either."

Have a look for yourself. Looks like more essential stuff for your music library. Then go here to download a free teaser mp3. 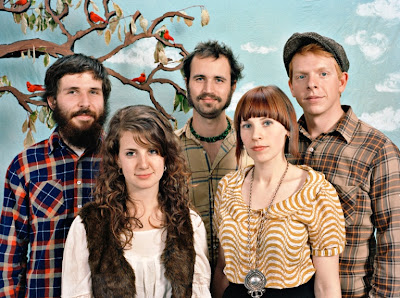 Toronto indie quintet Forest City Lovers have announced their third album, Carriage, will be released on June 29th through Out of this Spark Records. This is the folk-popsters’ follow-up to their exquisite 2008 release, Haunting Moon Sinking.
From the band’s website:


This year was a struggle and a transition period for everyone involved in the project. Good times were had, bad times were had, new friends were made and our proverbial hands just clasped tighter on all our hard work. Everything finally cultivated into Carriage: an eleven song journey that depicts growing young, growing old, displacement and the fantastical feeling of realising you’re still quite alive.

You can hear a preview of one of their new tracks, “Light You Up” currently streaming here.
No word yet on a full fledged Canadian tour as of yet but the band will be heading overseas for several shows in May; check out the show details here.

Local fans, should note that the band is playing one show in Toronto on June 11th, when they will play a LEAF fundraiser at Artscape Wychwood Barns. As well, head Forest City Lover Kat Burns will be playing a solo show tonight (May 5th) at the legendary Horseshoe in Toronto. 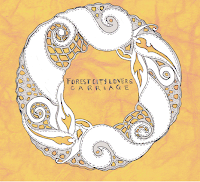 
Forest City Lovers - Song For Morrie from Stuart A. McIntyre on Vimeo.
Posted by Sean Wraight at 5:00 p.m. 2 comments:

Email ThisBlogThis!Share to TwitterShare to FacebookShare to Pinterest
Labels: Best New Music 2010, Forest City Lovers, Music You Should Own 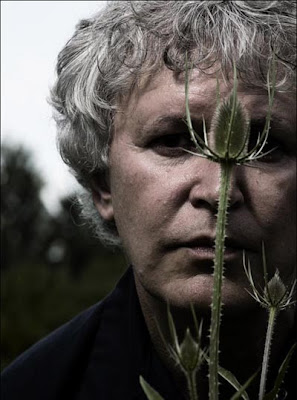 There are few, if any musicians as prolific as Robert Pollard. The ex-Guided by Voices frontman (and Charlie Hustle of indiedom) has always maintained an aggressive new release schedule and a quick glance at his current timetable shows no signs of this changing anytime soon- Pollard just released We All Got Out of the Army, is set to contribute to country legend Glen Campbell’s farewell opus, has a solo disc ready for June release and another Boston Spaceships release in September and now, this: he will be scoring an upcoming documentary about baseball legend Pete Rose.

Apparently, a legendary college baseball pitcher in his own right, Pollard will be writing the main theme to 4,192, and the filmmakers - director Terry Lukemire and producer Aymie Majerksi - are also using instrumental versions of several Pollard songs for the film, which is set to premiere July 9th in Los Angeles.

Pollard spoke to Spin magazine recently about the project:

He was everybody's hero. We're only 40 miles out of Cincinnati, plus Pete Rose played minor league ball here in Dayton and his Uncle Buddy was a major league scout who was based here. Plus, Mike Schmidt is in the documentary, and he's from Dayton and, you know, he played with Pete later on with the Phillies. So there's a lot of Dayton going on in this thing. Pete Rose was everybody's hero -- everyone in Little League slid headfirst into first base because of him.

Rose gained notoriety in the baseball world for his gambling exploits, but he also is the all-time Major League leader in hits, games played, at bats and outs. Due to the aforementioned gambling, Rose is not eligible for induction in the Baseball Hall of Fame.

Pollard’s solo disc Moses on a Sail is set for release on June 22nd. 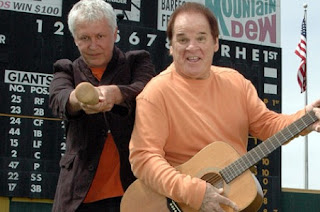