For twenty eight years the Hillside Festival in Guelph, Ontario has been a favourite for Canadian festival goers. Looks like 2011 will continue the streak as the line-up for this year’s event looks positively stellar. Running from July 22nd to 24th the annual event will be returning to the Guelph Lake Conservation Area with a host of delectable talent.


THE WOODEN SKY live at Hillside Festival from Stedfast Media on Vimeo. 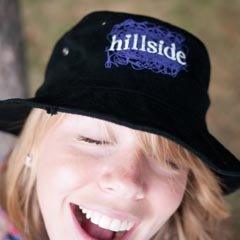 So make a weekend of it. Go camping, eat some great food, and share some time with like minded individuals. Tickets for the event go on sale at Ticketpro.ca starting May 7th. If you're in Ontario, you can also buy tickets from Ground Floor Music (Guelph), Soundscapes (Toronto) or Encore Records (Kitchener). You can also pick them up from the Hillside Office in Guelph, but only on May 7th. 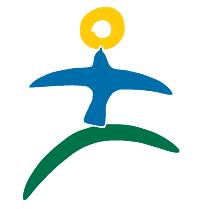 Stay tuned tuned to Hillside's website for the details to be finalized.

You can see all the artists currently scheduled for the fest below, and watch for more to be announced soon . 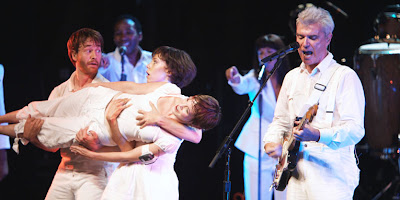 As promised, an update to David Byrne news from earlier this year... Information today that the former Talking Heads front man, accomplished solo artist and damned fine author’s concert film Ride, Rise, Roar will soon be available to the masses. The release features a spectacular Vancouver show; Loaded with behind-the-scenes footage, including auditions, rehearsals and interviews with Byrne's players and crew are featured. The result is an in-depth look at the unique combination of modern dance and pop music that was produced on the extensive Everything That Happens Will Happen Today* 2008 and 2009 tour. (*The record that Byrne collaborated with Brian Eno.)

Ride, Rise, Roar will be released on DVD and Blu-ray on May 31st via Eagle Rock Entertainment. More information about the film can be found here while a trailer for the film is available below.

• “I love the smell of them. I love that people actually care for and know about the music they are selling.” 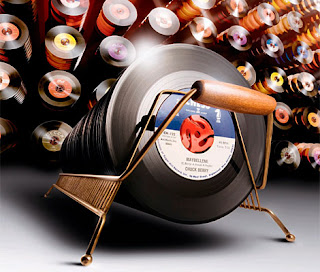 “I think it’s high time the mentors, big brothers, big sisters, parents, Guardians, and neighborhood ne’er do wells, start taking younger people That look up to them To a real record store and show them what an important part of life music really is. I trust no one who hasn’t time for music. What a shame to Leave a child, or worse, a generation orphaned from one of life’s great beauties. And to the record stores, artists, labels, dj’s, and journalists; we’re all in this together. Show respect for the tangible music that you’ve dedicated your careers and lives to, and help It from becoming nothing more than disposable digital data.”

Thank you Neko Case for the byline and Jack White for the inspirational words today.  Did I mention that tomorrow (April 16th) is Record Store Day? Hmmmm, thought so... Not to beat you over the head with this one too much but this is something important. As Jack White so eloquently expressed above, independent record stores are retail treasures and need to be appreciated as such. Get out to one tomorrow and pick up a record or eight. Buy one for your niece, nephew, son, daughter, BFF and kitteh. Chances are there will be cake too; Or a band like the Head and the Heart (featured below) playing in the store. (Man I wish I lived closer to Seattle.)


The Head And The Heart - Lost In My Mind (not the video) from Sub Pop Records on Vimeo.

Be sure to let me know what you got in the comments below.

Email ThisBlogThis!Share to TwitterShare to FacebookShare to Pinterest
Labels: Buy Someone You Love Some Music, Record Store Day 2011

Rubbing Your Nose In It – Glastonbury 2011 Lineup announced 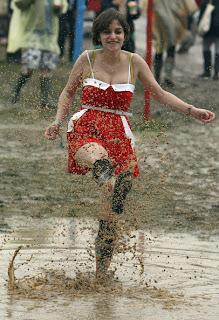 The lineup for the 2011 installment of the venerable and muddy musical institution, the Glastonbury Festival was unveiled today. In addition to uber popsters U2, the massive mudfest will also feature sets by Morrissey, Big Audio Dynamite, Primal Scream, Hothouse Flowers, Robyn Hitchcock, Suzanne Vega, Billy Bragg and Nick Lowe.

The U.K. festival is set for June 24th -26th and in addition to U2 (who will be directly preceded the first night by Morrissey himself), features headliners Coldplay and Beyonce. Other big-ticket acts on the bill: Elbow, Paul Simon, The Chemical Brothers, Cee-Lo Green, DJ Shadow, Glasvegas, and many, many, muddy more.

So put your "Wellies" away, unfortunately the festival is long sold out but you can see the whole lineup here.
Posted by Sean Wraight at 7:24 a.m. No comments:

Email ThisBlogThis!Share to TwitterShare to FacebookShare to Pinterest
Labels: But Will Gwynneth show, Festicle Season 2011, Glastonbury 2011

Color Me Obsessed Coming to Toronto 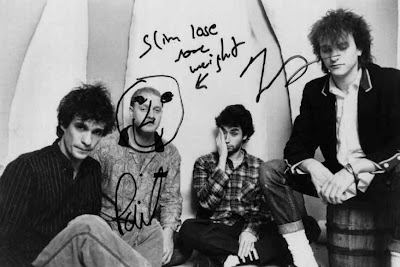 Organizers of Toronto’s NXNE Festival and Conference have announced a screening of Color me Obsessed. Yes, that one… That much ballyhooed flick I blogged earlier about this being the first documentary to unravel the myth of the much loved The Replacements... Labelled “the last best band” by Spin Magazine, this one is not to be missed.  Yes THAT one.

'Obsessed' Director Gorman Bechard was himself a huge fan: “The Replacements should have been the next Rolling Stones,” he says, “and to the people who loved them, I think they were.”

With over 140 interviews with rockers (Colin Meloy of The Decemberists, Craig Finn of The Hold Steady, Tommy Ramone, Grant Hart and Greg Norton of Husker Du, all three members of Goo Goo Dolls), journalists (Robert Christgau, Legs McNeil, Ira Robbins, Greg Kot, Jim DeRogatis), and fans, Color me Obsessed is the story of (to many) the greatest rock band of all time: The Replacements.

Not sure of exact dates yet. The NXNE Festival runs later this year from June 13th to the 19th.

Plan to attend! I’ve heard only great things about this one.

I’ll post more information on additional festival goings on as they become available.
Posted by Sean Wraight at 7:39 a.m. 3 comments:

Email ThisBlogThis!Share to TwitterShare to FacebookShare to Pinterest
Labels: Color Me Obsessed, I Know the Executive Producer, The Replacements, Why Do They Spell Colour Funny 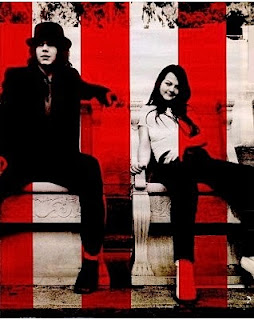 A month ago the White Stripes announced that they would cease to be but promised audio treasures from their recording vaults would be made available soon. News today then that the White Stripes' final gig recording is set to be released as a live album. Jack and Meg White's last show together took place on July 31, 2007 in Southaven, Mississippi. The album will come out on vinyl and has been given the ubiquitous title 'Live in Mississippi'.

(See below for the full track listing.)

The defunct band is also set to release a new DVD, 'Under Moorhead Lights All Fargo Night'. This release was recorded at Ralph’s Corner Bar in Moorhead, Minnesota on June 13, 2000.

Also, one of the White Stripes' first ever recordings, a cover of Love's 'Signed DC', will also be released on seven-inch vinyl. It also features a B-side: a cover of Otis Redding's 'I’ve Been Loving You Too Long'.

These releases are the first of those promised in the statement the band put out when they announced their split in February. They will only be available via Jack White's subscriberVault fan community scheme. 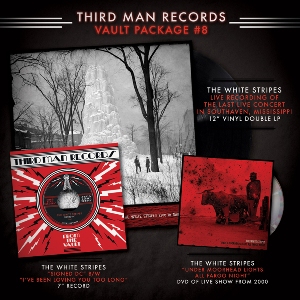 Email ThisBlogThis!Share to TwitterShare to FacebookShare to Pinterest
Labels: Best Music 2011, Fell in Love With a Band, The White Stripes

It’s the Most Wonderful Time of the Year 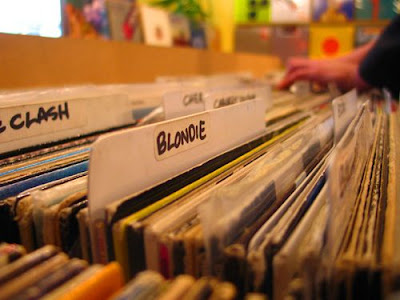 Over the past weekend I happened through the doors of my favourite record store to find a sight most uncommon- A store full of people perusing the shelves and digging through crates to find music. It wasn’t the usual record collecting demographic either. Younger kids, older kids, older women, younger men, hip seniors, hip juniors, skate kids... You get the idea. It was a healthy sized crowd, the likes I of which I have not seen in some time. These were people clearly there to find the music they loved. Could the tide be turning and people are turning back to the simpler pleasures in life like listening to music on something other than an iPod? Maybe. It’s certainly something I would welcome.

I am sure the organizers of Record Store Day would like to think so too. In just less than two weeks time on April 16th Record Store Day 2011 takes place across the globe. And wouldn’t the world be a better place if everyone took a little bit of time from their busy schedules to peruse the racks at their favourite record store? Even better this one is just full of amazing limited releases as you can see from the list below.


* Handy dandy downloadable PDF with full Record Store Day release listings.
No it won’t be responsible for world peace or solve global economic woes but it just might remind people how important great, tangible music in their lives really is.
Maybe.