You’re (Not) Gonna Miss Me 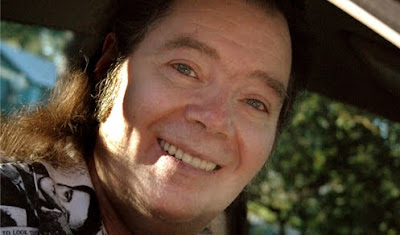 It’s been nearly a decade and a half since any new, original material from psych-rock legend Roky Erickson was on the shelves. Word today that the legendary 13th Floor Elevators frontman is readying a brand new record called True Love Cast Out All Evil. Fellow Austin, Texas rockers Okkervil River back Erickson on the whole album and Okkervil head honcho Will Sheff produces. (Erickson played previously with Okkervil River at SXSW in 2008 and 2009.)

Talking about the record in a press release, Sheff said, "When we started out, I was given sixty unreleased songs to choose from. There were songs written during business setbacks including the Elevators' painful breakup, songs written by Roky while he was incarcerated at Rusk, and a great deal of songs that reminded me of the sense of optimism and romanticism that I think sustained Roky through his worst years and ultimately reunited him, a few years ago, with his son Jegar and his first wife Dana." 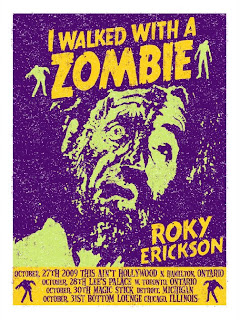 Though his music has appeared in several anthologies over the last two decades, Erickson has not released new material since 1995's All That May Do My Rhyme, and it is half a century since the Texas songwriter's most celebrated work, with psychedelic rockers 13th Floor Elevators. Erickson was diagnosed with paranoid schizophrenia in 1968, leading to time in hospital, while minor brushes with the law and resulted in further hospitalisation. In 2005 the singer was profiled in a documentary, You're Gonna Miss Me, which helped a healthier Erickson to launch a small comeback, touring the US and parts of Europe. The new album features songs written by Erickson throughout his life, as well as "found-sound and archival recordings culled from Erickson's home videos and recordings made in the Rusk State Hospital.