Discussions on the Record - Call by the Lightning Bug Situation
Once in a while a record comes along that resonates with me on every basic level. Emotionally, spiritually and even physically. The music, the lyrics and even the artwork exploring very human themes in turn revealing certain universal truths . Radiohead's Kid A did that for me, as did Tim by the Replacements. Both are very different records but they became a part of me because I can relate to them on a deeply personal level. Over time they become a part of me in a sense because they help to explain me. Not an easy task at the best of times. Albums like this are rare gems and I hold them in very high esteem. Another record that has done that to me is the new release by the Lightning Bug Situation entitled Call. 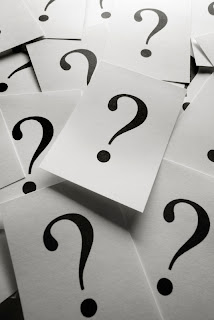 Rather than doing a typical record review I have opted to discuss the record with my dear friend and fellow blogger Barbara (the Bad Tempered Zombie). The discussion, a series of questions from each other on our thoughts and observations on this very special album.  You can see her fab observations here.  Mine are included below.  (A HUGE thank you to her for playing along).
Tell me about the first time you listened to this album.

I first listened to Call on a very early morning drive. The combination of brisk temperature and colourful display of autumn leaves somehow seemed the perfect incidental visual accompaniment to the music on the disc. At first jarring, deliberate and mechanical the music evenly morphed to this very warm incandescent atmosphere as it progressed. It has a very cinematic quality. I remember the record made me feel as if I was watching an old home movie shot on Super 8 film- All faded colours, vaguely identifiable faces and uncomfortable smiles from the past flickering by me. It sets up some powerful imagery; couple that Brian Miller's lyrics and I really felt drawn into his world. The effect is compounded as his songs always seem to remind me of my own past. For that reason Call at once brought me a certain amount of sadness but also brought me great joy. I guess thats why I immediately replayed the disc as soon as it ended.

To take your question a step further though, the first time I really truly listened to this record was two nights after this as I took an evening walk around my neighbourhood. It was here I was better able to focus on and discern Miller's profound lyricism. That night was a different listening experience than the previous one because of those lyrics. At one moment putting a smile on my face, next questioning my skills as a Dad and quite nearly bringing me to tears. His small stories so very affecting and reassuring because ultimately you see one's own universe in them. That is their power and testimony to his talent. We know sadness and heartbreak but we also know beauty and truth (to turn Miller's phrase) will “heal our insides” and everything will be all right. The fact that the record ends with a sound fragment of Brian laughing felt very reassuring to me.

What colour are these songs?

This is a very interesting question. I say so because of the fact that I perceived four very distinct colours as I listened to this record right from the start. (My apologies if any synesthesia is showing.) The first colour, a robin's egg blue, then light brown, tan perhaps and lastly dark, dark blue, not quite black. (Understand that this is only a perceptual assessment of mine.) The colours are very distinct though and seem to get bolder and more pronounced as I continue to experience and grow with this album. To give you perspective on those colours the robin's egg blue, imagine a faded blue sky from an old photograph or postcard. The light brown, the colour of decaying leaves or earth in the fall. The dark blue almost blood like. All of these colours so very organic, representing, I think the cycle of life. This in turn, mirroring the very organic instrumentation and song styles of the album.

What makes this album so powerful?

I touched on this earlier but I think its the flashes of recognition in Miller's lyrics that allows the listener to become a part of the story he is trying to tell. His condition reminds us of our own and it is that sense of relativity that endears the record to me completely. Themes of doubt, love, fear, wonderment, joy and even death are head turning themes. As a listener then, it makes for a very powerful listening experience. I swear I did a full-on double take when Miller uttered this line in “Groundhog”

“I swear I've been thinking the same thought since I was one.”

To explain. I have very strong recollections of my youth. A series of disjointed images at best , but all very clear. Now, I may be stretching the meaning of the line but for me that youthful soul is still very much a part of me today. Wiser but intrinsically the same. That mindset never truly goes away. A good thing too.

I think so many records I listen to work as a form of escape but my favourite ones are the ones I go to for comfort. To remind me of the good things and the bad and that we are not alone. Call is exactly that for me and very, very powerful.

The lyrics are intensely personal, but simultaneously universal. Which lyrics struck particularly close to home?

Another great question. I suspect I could name a favourite line in every song on the album. Avoiding the obvious though, I would say the line in “For Nancy, With a Bruised Heart” absolutely slays me every single time though.


“I hope this song comes on and heals your insides.”

A sentiment so hopeful, earnest and heartbreakingly beautiful that hearing it just makes my eyes sparkle. (You know what that is code for.) Miller may have been comforting his wife Nancy with this one but for me it describes in one simple sentence the single intention of every mixtape or CD I have ever shared with anyone. To use your phrase, that one hit VERY close to home.

The other line from “Pull” the opening track on the album.

“I'm stuck under a pillow, a pillow made of stone. ”

I guess it reminds me of how we can easily take the simplest of things or concerns and eventually let them burden us completely. Perhaps its telling us we should be tossing the simple concerns aside and deal with the bigger issues. The important one. That one too kinda hit close to home.

You’re being sent on a one-man mission to Mars and you can take only one track with you. Which one?

That's really tough, but for those one-man missions to Mars I would have to say “Fall”. A song about my absolute favourite season. The song is also very representative of everything I love about the Lightning Bug Situation. From the simple, clock like instrumentation to those haunting, yet stoic and reassuring lyrics.

“I wanna be a good Dad, clear-eyed and true."

Describe Brian Miller’s voice. Does he remind you of anyone?

Hmmmmm, that one is tough. His voice so clear, with a troubled fragility that belies a weary yet wise storyteller. The perfect complement to his little world lyricism. It is a voice that is quite singular but does contain certain elements of others. Brian Miller's voice reminds me of a couple of artists. For instance the timbre and clarity of his voice at times reminiscent of John K Samson from the Weakerthans. At other times his voice is evocative of Mark Everett of Eels.

What one word best describes Call?

For the uninitiated, what’s the best way to listen to this album?

Nothing beats walking with this record. It really does work as the perfect soundtrack for the present season too. Reminding us to soak the allure of it all in. A beautiful record for beautiful times. Be forewarned though you might just want to hit repeat and do the whole walk over again. 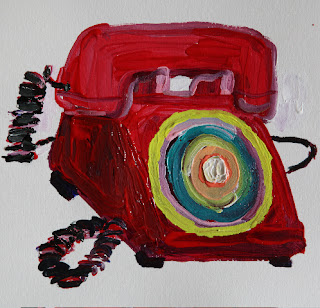 Your astute and insightful observations affect me almost as much as does Call itself. Thank you so much for inviting me along on this grand adventure!