The Whole Love and Nothing But 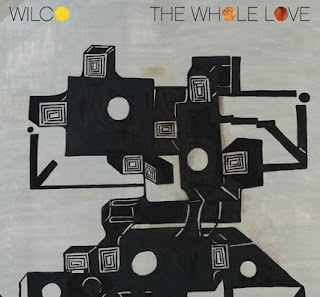 “A Veritable sonic stew” This Time Out


Good news from the Wilco camp today as the band has announced details of their upcoming eighth album.   The Whole Love will be released this fall and will be their first for the newly minted dBpm Records imprint.   The cherry on top though, they're touring this fall too!  (Tour details below)
The album, which previously had the working title Get Well Soon Everybody, was produced by Jeff Tweedy with the help of bandmate Patrick Sansone and Tom Schick, and features 12 new songs.

The Whole Love will be available on September 27th via dBpm Records, with distribution through Anti-. The tracklisting is available below, while album single "I Might" can be streamed here.

Email ThisBlogThis!Share to TwitterShare to FacebookShare to Pinterest
Labels: The Hardest Working Band in Show Business, The Whole Love, Wheres the Camel, Wilco

The Polaris Music Prize announced its long list yesterday in Toronto, and the forty nominated artists include nineteen musicians who were nominated for the very first time. Musicians vying for the (recently upped) $30,000 cash prize include such established artists as Arcade Fire, Neil Young, Malajube and Stars. The list also included newer performers such as One Hundred Dollars,  Imaginary Cities, Little Scream, Braids and Dirty Beaches. (Criminally not included were local personal favourites Olenka and the Autumn Lovers.) I love you Neil Young but that record was just a little forgettable.

Last year, the prestigious award was won by Montreal rockers Karkwa, and this year’s favourites include Arcade Fire, Buck 65, Land of Talk and Jenn Grant. The long list reveal is the first step leading to the September 19th announcement of the prize. (Once again too, I welcome your Polaris prognostications in the comments section.) Who do I think will take it this year? Two trains of thought there. Head vote would go to Hey Rosetta! but my heart vote would go to the Weeknd. We’ll let them battle it out until that long night in September.


The Weeknd - The Morning (music video) from High5Collective on Vimeo.

The Polaris Music Prize awards, which were started in 2006, are given to the top Canadian artist as decided upon by a 227-member jury of Canadian music writers. Albums are judged solely on artistic merit, without regard of genre or record sales. The prize has ascended to become one of the highest honours in the Canadian music world.

The short list will be announced in Toronto on July 6th.

I Love My Wilco

It’s been a while since we heard of any new music emerging from Chicago’s finest. News today that the band have announced that the first single from their upcoming album, “I Might” will debut at their own Solid Sound Festival in North Adams, Massachusetts (June 24th - 26th) . Vinyl fetishists should note the single will be available as a limited-edition clear vinyl 7”, and comes with a b-side cover of Nick Lowe’s “I Love My Label”. 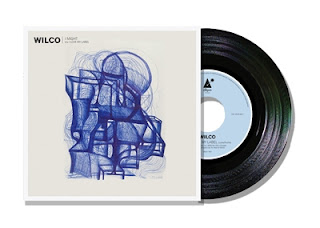 “I Might” is the band’s first release on dPM records, the label they launched after leaving Nonesuch Records in 2010. Note that two more versions of the single will be available to the wider public on July 19th; a limited-edition blue vinyl version, which you can pick up at Wilco’s official store and through the -Anti Records store, and a black vinyl version, which you can pick up at traditional retail outlets. The single is available for pre-order today.
Posted by Sean Wraight at 7:00 a.m. No comments:

Email ThisBlogThis!Share to TwitterShare to FacebookShare to Pinterest
Labels: Best New Music 2011, I Might Just Order This, Wilco 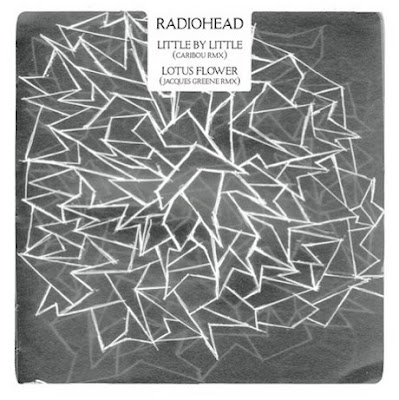 When I first heard the latest Radiohead release, King of Limbs, I was struck by the 'remix friendly' nature of the tracks.  This was a record whose very structure and instrumentation could be wholly dissected and creatively rearranged to entirely different ends. The fan envisaged The King of Limbs Part 2, perhaps? I think this might just be so much more; this series will feature a host of the best remix producers on the planet.

The band has announced today that next month they will start rolling out a series of limited-edition twelve-inches featuring remixes from their last full length.  (Or perhaps more accurately three quarter length, it was a little short by all standards). The first release will feature remixes of "Little By Little" by Caribou and "Lotus Flower" by Jacques Greene, and will be available on July 4th .  (July 5th in North America.)

XL and Ticker Tape will handle the releases, which will be available in select independent record stores and through the band's website.  CD and digital enthusiasts should note the sites will also have the files in WAV format.
Additional information will be provided when it becomes available.  Let’s hope the band makes some high quality vines (limbs?) available to fans to work their creative remixing magic too.
Posted by Sean Wraight at 7:38 a.m. 1 comment:

Sing Along with the Common People 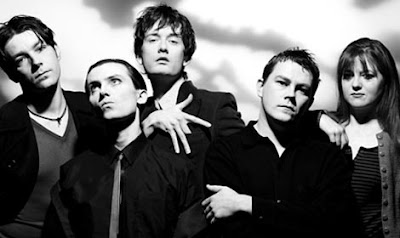 Do you realize Jarvis Cocker formed Pulp when he was just fifteen years old?  Back then they were called Arabicus Pulp but hell, when I was that age I still had my paper route!  Lofty career aspirations aside, it's been less than a week since the band performed their first show in almost ten years and now Pulp have expanded their 2011 reunion plans to include the reissuing of the band’s iconic first three albums. NME reports that their 1983 debut It, 1987′s Freaks, and 1992′s Separations will all be re-released in the U.K. on August 8th with new artwork and updated liner notes from rock critic Everett True. What’s more, Freaks will feature two bonus tracks, “Little Girl” and “Dogs Are Everywhere”, while Separations will contain previously unreleased cuts titled “Death Goes To Disco” and “Is This House”, plus an extended version of the album track “Countdown”.  (Unfortunately, at this time there has been nothing announced regarding North American release.)

In other Pulp news, after conquering the Primavera Sound Festival last week, Pulp will next play the UK-based Isle of Wight Festival on June 11th. They’ll then take a three-week breather before becoming fully immersed in the U.K. and European festival circuits with stops at T in the Park, Wireless Festival, and Oya Festival, among other festivals. The band will be headed down under in late July, but as of now, North American remains without a scheduled performance.  So Cross those fingers and toes now.