When the party lulls, if we fall by the side. 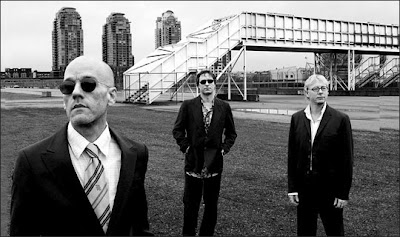 Thanks for the music R.E.M.

Email ThisBlogThis!Share to TwitterShare to FacebookShare to Pinterest
Labels: A Sad Day for Music, Important Bands, REM Call It a Day

The Club is Open (Again) 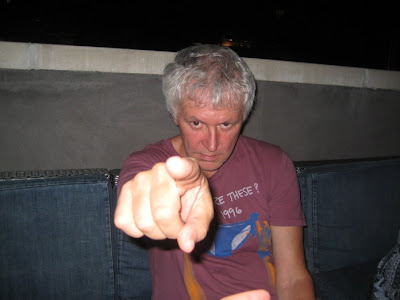 It’s been quite a year for the "classic lineup" of Guided by Voices as they just crossed the finishing line of a year-long reunion tour marathon. The mighty GBV played what was supposed to be their last show at this past weekend's Hopscotch Festival in Raleigh, North Carolina and now today news of brand new album in the new year.

(Via Robert Pollard's website and Mojo) On January 1, 2012, the band will release a brand new album, Let's Go Eat the Factory. Robert Pollard, Tobin Sprout, Greg Demos, Mitch Mitchell, and Kevin Fennell are in the studio working on it right now. It'll be the first GBV album proper since 2004's Half Smiles of the Decomposed, and the first "classic lineup" LP since 1996's Under the, Under the Stars. Check out the track listing below:

01 Laundry and Lasers
02 The Head
03 Doughnut for a Snowman
04 Spiderfighter
05 Hang Mr. Kite
06 God Loves Us
07 The Unsinkable Fats Domino
08 Who Invented the Sun
09 The Big Hat and Toy Show
10 Imperial Racehorsing
11 How I Met My Mother
12 Waves
13 My Europa
14 Chocolate Boy
15 The Things That Never Need
16 Either Nelson
17 Cyclone Utilities (Remember Your Birthday)
18 Old Bones
19 Go Rolling Home
20 The Room Taking Shape
21 We Won't Apologize for the Human Race
Posted by Sean Wraight at 12:23 p.m. No comments: 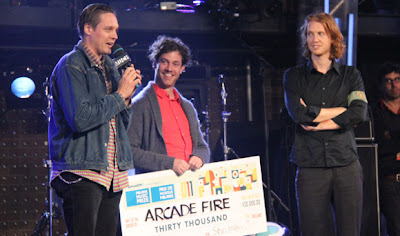 Arcade Fire has won the sixth-annual Polaris Prize with its third album The Suburbs and you know what? Surprisingly I am good with that decision. The Montreal band's much-ballyhooed record has already claimed a Juno, a Grammy, a Brit award (and a Dundee as I recall) -- all for album of the year. Bottom line, the record very much embodies the awards intentions. Recall how it made sense that PJ Harvey took the award for the Barclaycard Mercury Prize recently? Same argument- So kudos to the Polaris jury for making the right decision.

That being said, I still think Olenka and the Autumn Lovers should have won.

The Polaris Prize, which includes $30,000, is handed out to the best Canadian album as chosen by an 11-person jury of music critics. The prizewinners have said the cash would go towards their Montreal studio.

The Suburbs was chosen from a short list of nine other albums. Including Ron Sexsmith's Late Bloomer and The Weeknd's House of Balloons and Austra’s latest-- all were selected by more than two hundred music journalists, bloggers and broadcasters.

Email ThisBlogThis!Share to TwitterShare to FacebookShare to Pinterest
Labels: It Could Have Been Nickelback, Let the Backlash Begin, Polaris Music Prize 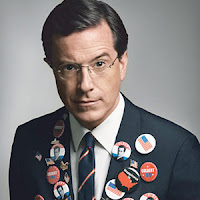 Attention music aficionados and purveyors of ‘truthiness’; Do not forget to set your PVRs (or just stay up late) – ‘Oxford pop moppets’ - Radiohead will appear on a special hour-long rendition of The Colbert Report on Monday, September 26th. Says Stephen Colbert in a statement: “I look forward to meeting the Radioheads and leveraging their anti-corporate indie cred to raise brand awareness for my sponsors.”

Email ThisBlogThis!Share to TwitterShare to FacebookShare to Pinterest
Labels: Kidding A, Milking the Radiohead Information Teat, The King of Whims 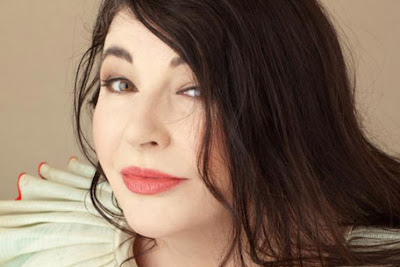 UPDATE: Kate Bush has announced she'll release a new album on November 21st.   Entitled  50 Words For Snow, the LP will be released through her own label Fish People, via EMI.

The disc runs to 65 minutes in length, but features only seven tracks: 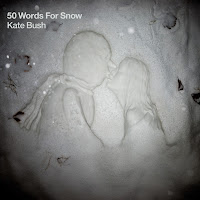 50 Words for Snow will be Bush's second album of 2011.  It follows May's Director's Cut release.


kate bush - babooshka from alexei glowakz on Vimeo.
Posted by Sean Wraight at 10:16 p.m. No comments:

Kurt Vile is set to release a new six song EP entitled So Outta Reach on November 8th via Matador Records. The EP is made up of five new tracks as well as a killer version of Bruce Springsteen's "Downbound Train". The five original songs were recorded during the sessions for his most recent album Smoke Ring For My Halo, but were not used on the final record. The songs were reworked with producer John Agnello over the summer for the EP. On the same day there will be a deluxe 2CD edition of Smoke Ring For My Halo with a new color cover. The deluxe package will include the So Outta Reach EP on a second disc, all at the same price as a regular CD. 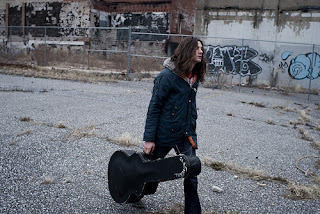 As well, Kurt will hit the road again with his full band starting at Austin City Limits on Friday, September, 16th and then continuing through to the West Coast with Bright Eyes. He then plays Northeast dates with the Flaming Lips in October.

Email ThisBlogThis!Share to TwitterShare to FacebookShare to Pinterest
Labels: Deluxe Edition Blues, Kurt Vile, You Really Should Let Those of Us Who Bought it All Ready Download the Thing For Free

Creep On, Creepin’ On and On… 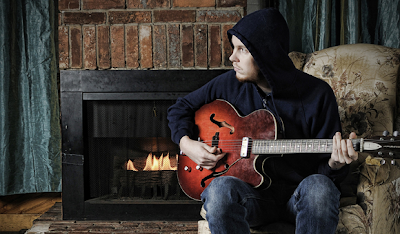 I was a little slow to jump on the Breaking Bad bandwagon but I was thrilled to hear Timber Timbre’s “Magic Arrow” soundtrack an episode from the third season. It meshed perfectly with the show’s forbidding nature and bible black soul. The band continue to earn new fans with their latest full length Creep On Creepin' On (currently shortlisted for the Polaris Music Prize) as the band continue to promote it. Along with releasing an imaginative new music video, the goth-blues-folk outfit have scheduled some new tour dates, (including this city) plus lined up a pair of exciting vinyl reissues.

The group's live schedule now stretches into December with a tour that includes stops in Ontario, Quebec and the Atlantic provinces. They also have a number of European dates. The full tour schedule is listed below. Lastly, fans of Timber Timbre should note they will soon be able to pick up the group's first two independent releases, Cedar Shakes (2005) and Medicinals (2007), on vinyl. These vinyl pressings will be available exclusively at the upcoming tour dates. Both releases dating from when the band was a pseudonym for Taylor Kirk solo. The band have also released a new, appropriately eerie animated video for “Too Old To Die Young” from Creep On Creepin’ On.

Timber Timbre - Too Old To Die Young from Arts & Crafts on Vimeo.

Get out and see this one folks.  The band puts on an unforgettable show.
Posted by Sean Wraight at 7:24 a.m. No comments: