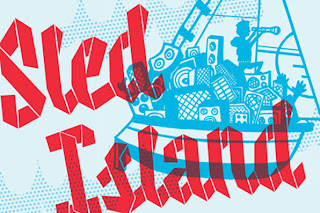 Let the stampede to the ticket windows commence. 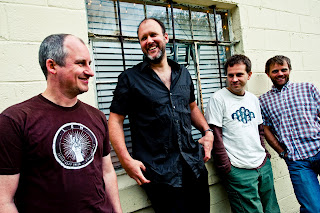 From the Press Release:

Entering it's sixth year, Sled Island will once again return to Olympic Plaza, the fully licensed and all-ages main outdoor stage on Friday June 22 and Saturday June 23. Friday night at Olympic Plaza will feature performances by Feist and Timber Timbre, with others to be announced. Saturday at Olympic Plaza is an all-day event featuring several of the festival's biggest headliner acts including The Hold Steady, Stephen Malkmus & The Jicks, plus more to be announced. Tickets to both Olympic Plaza outdoor events go on sale at $45 for each day on Saturday March 3 @ 10am  MST via www.ticketmaster.ca


Sled Island also pleased to participate in Calgary 2012, the celebration of Calgary as the Cultural Capital of Canada. 2012 marks a pivotal year in Calgary's cultural history including the centennial anniversaries of some of the city's cultural cornerstones: Calgary Stampede, City of Calgary Recreation, Calgary Public Library and Theatre Junction Grand and Pumphouse Theatres. As a celebration of the city's vibrant and youthful culture, the festival plans to shine a spotlight on the flourishing music and arts communities that exists in Calgary. 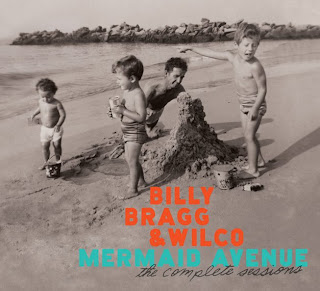 "To commemorate the 100th anniversary of Woody’s birth, Nonesuch Records will be releasing ‘Mermaid Avenue: The Complete Sessions’, a four disc set, comprising of remastered versions of Mermaid Avenue Volumes Iand II as well as a new collection of 17 songs from the original sessions,‘Mermaid Avenue Volume III’. The fourth disc will contain ‘Man in the Sand’,Kim Hopkins’ 1999 film, which documents the collaboration between Woody, Wilco and me," said Billy Bragg about the release.

This is just the latest in a string of recent Woody Guthrie tributes, which includes a museum and archive and some star-studded tribute compilations.  Although a firm release date has yet to be announced Woody’s birthday on July 14th might be just the ticket.
Posted by Sean Wraight at 6:08 p.m. 4 comments:

I remember very well fine tuning my shortwave radio to static filled BBC broadcasts of the late John Peel’s influential radio program.  At one time these groundbreaking sessions would serve as the primary source for my voracious musical appetite.  This was the one program that I could guarantee I would hear music that barely any one on the planet had ever heard before.  Hearing the Fall for the first time was transformational on my young musical sensibilities.  I miss the man and everything he did dearly.

John Peel spent decades digging up amazing music and bringing it to the masses, and sure you can still find low quality mp3’s and compilations of some of his sessions if you dig.  Great news (thanks Amity)  has emerged though at and now we'll get online access to Peel’s entire music collection. It's a new BBC-backed project called The Space, and it goes live in May. The Space will feature music from John Peel's 25 000-deep vinyl LP library as well as 40 000 vinyl singles and CDs.


"We're very happy that we've finally found a way tomake John's amazing collection available to his fans, as he would have wanted," said John Peel's widow Sheila Ravenscroft when speaking to the BBC. The plan for The Space is to make 100 new albums from the collectionavailable online each week, with the goal of hitting 2,500 by October.

"What we're hoping to do is create an online interactive museum which which answers the question 'what is in John Peel's record collection?' but also provides the audience with a visualisation of it.We hope that giving them access to a particular band or their first album orlistening to his show will inspire people to tell us their stories," said Tom Barker, director of the John Peel Centre. 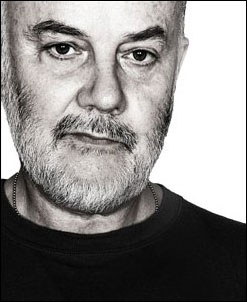 I cannot tell you the palpable joy that this news brings to me.  I’ll be sure to update when further details emerge.
Posted by Sean Wraight at 2:50 p.m. No comments: