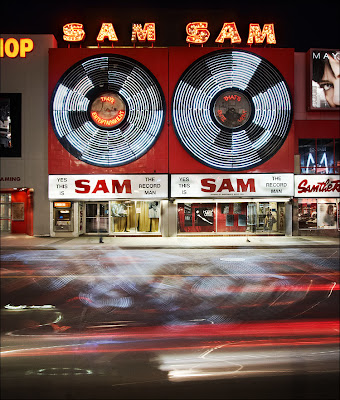 A release issued today says Mr. Sniderman passed away peacefully in his sleep Sunday, surrounded by loved ones, in Toronto.


Mr. Sniderman opened his flagship store on Toronto’s Yonge Street in 1959.  The iconic store closed in 2007, seven years after he retired.  It was this very store, with its huge flashing red neon record signs that beckoned music lovers to discover its secrets within.  I cannot even begin to tell you of the many pilgrimages I made to that store (and the many others he opened) to find some rare piece of vinyl or CD.  But even more than that, this was a place that gave me my musical education.  An appreciation for something I value above so much else even today.  I’m pretty sure the same can be said for countless others too.  These stores were hallowed ground and Sam preached the gospel to everyone who passed through the doors.  For that I have the vision of that amazing entrepreneur to thank.
Mr. Sniderman was a member of the Order of Canada, an inductee of the Canadian Music Industry Hall of Fame and the Canadian Country Music Hall of Fame.  Sam was a major promoter of Canadian music. He also received a Governor General award and Honorary doctorates from Ryerson University and the University of Prince Edward Island.


Mr. Sniderman and his brother, Sid opened a small store on College Street in Toronto in 1937 and together they built a chain of Sam the Record Man stores that spanned the country.
The family says a service will be held Tuesday, September 25th, and that an October Memorial Service will be announced. 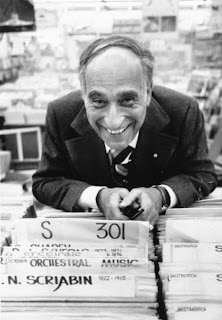 Rest in peace Sam, I owe you the world.
Posted by Sean Wraight at 5:00 p.m. No comments: