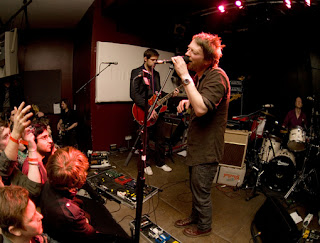 The lads from Oxford are at it again. This time another webcast to commemorate the physical release of In Rainbows on New Years Day in the UK. The album will apparently be played in its entirety. Check in around midnight GMT on December 31st; I'm sure you've got nothing better to do at that hour.

Not my favourite cd of the year but very close, the band certainly captured my heart for innovative marketing and pure creative genius.

This information from Thom Yorke himself as captured below from http://radiohead.com

Dear Reader
Hope you are having a peaceful christmas.
As you may now have heard we will be broadcasting a pre-recording of some songs and other bits on New Years Eve..
you will be able to view it online from here at midnight new years eve, uk time that is...
radiohead.tv
as well as other places that i am not sure about.this is a wee celebration of the release of the physical manifestation of 'in rainbows'.

Installation Three - At last I've worked my way to number one. I reviewed the Lightning Bug Situation cd earlier this year and its impact its still resonating with me; for that reason I have chosen it to be my favourite music of 2007. I would urge you to seek out finding this disc as it is a captivating listen from start to finish. Be sure to check out this link for information on how to get one. Their Myspace page features several preview tracks. 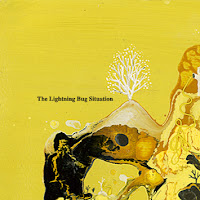 The results are in and another crop of music legends will soon join the membership of the venerable Rock and Roll Hall of Fame.

This time Madonna, Leonard Cohen, John Mellencamp, Dave Clark Five, and the Ventures make up the 2008 class. According to the Associated Press, Little Walter will also be honored for his work as a sideman, and Gamble & Huff will be honored for their production work.

Many of these artists and others will no doubt be in attendance at the March 10, 2008 induction ceremony at New York City's Waldorf Hotel.

The dubious hall of fame distinction was arrived at by an "international voting body of more than 500 rock experts". I guess that that explains why Beastie Boys, Donna Summer, Chic, and Afrika Bambaataa didn’t make the cut this year? (Insert sighing sound here) Maybe I’ll start my Replacements petition tonight.
Posted by Sean Wraight at 2:34 p.m. No comments:

Congratulations Miss Basia Bulat for capturing the first 94.9 CHRW FM Local Album of the Year Prize!! An Everything is Pop favourite Oh, My Darling has proven its greatness yet again.

Congratulations also to the following local bands who made the shortlist:

Background: A group of London music journalists and broadcasters have voted based on a short list of 10 exceptional London albums from dozens submitted to UWO radio station 94.9 CHRW. The jury voted again on that shortlist and the winning album (Basia Bulat's Oh, My Darling) was announced on Dec. 10, on Clang Boom Steam (3:30 p.m.-6 p.m.), hosted by 94.9 CHRW's program director, Michael Brown. In addition, Basia will be awarded $500 and a live-in-studio performance on 94.9 CHRW. 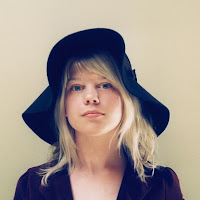 For nearly fifteen years now I have compiled my list of the best music of the year. This year is no exception, the audience only slightly more broad now. Presented in three installations, I give you my Seasonal Sixty for 2007. (Thank you John Peel for the inspiration.) The picks are the result of my completely biased listening opinion and I welcome your counter opinions. 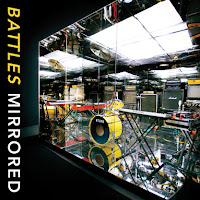 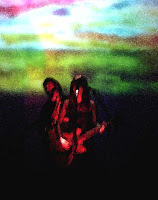 This week marked the end of this leg of Leslie Feist's The Reminder tour. If you were fortunate enough to attend this closing show at London's Centennial Hall you will probably be still smiling as you read this. Truly one of the best shows in London this year, the cold December night was warmed considerably by Ms. Feist's amazing presence and singular artistry. The evening's highlight, and last minute addition to the setlist was a wonderful cover of Ron Sexsmith's Secret Heart. The playful Brandy Alexander a close second. (See the setlist below for the many others.)

Another highlight was the sublimely beauftiful visual projections that accompanied the music. Simple and so effective, they'd beat those solar powered laser beam guitars any day.
The mighty Great Lake Swimmers warmed up the crowd with their unique brand of countryfolkpopamericanada.
I can't think of a better way to spend a cold, nearly winter night. Leslie Feist is a national treasure.
Posted by Sean Wraight at 5:17 p.m. 1 comment: