“This Pricey Stuff Makes Me Dizzy” 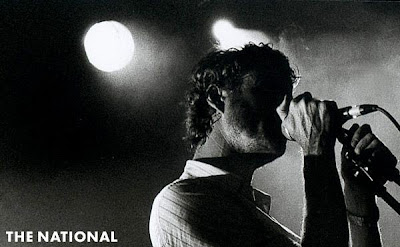 It’s been a busy year for The National since the release of their acclaimed High Violet. Touring, festival appearances, television, all the wine, world domination and, as we all know, if it’s worth releasing once the deluxe reissue won’t be far off. News that the bustling Brooklynites have announced plans for a lavish reissue of the aforementioned record. The reconfigured recording will come repackaged in a two-disc reformat with unreleased songs, live recordings and rare B-sides.

The album will make a reappearance on November 23rd via 4AD, and contains tracks omitted from the original release, including “You Were A Kindness” and “Wake Up You Saints,” plus the B-sides “Walk Off” and “Sin-Eaters,” as well as an alternate take of “Terrible Love.” The package will also include three live songs.

The reconfigured High Violet will now look like this:

Listen to the National in a fantastic live session on the Current this past summer.

Email ThisBlogThis!Share to TwitterShare to FacebookShare to Pinterest
Labels: I Love You Lemonworld, the National, Where Are You on the Reissue Issue Crybaby Geek

I have a lot of issues with this incessant reissuing that is happening lately. This particular reissue is happening ridiculously early - the placenta hasn't even fallen off the original release yet, for cryin out loud.

And yet, I think I want it.