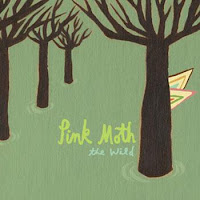 As most music lovers will attest, there is some very practical magic at work when it comes to the discovery of new music. That is one of its beguiling charms and most likely why it manages to touch my soul every so often. Like discovering a great painting or a wonderful piece of literature the effect is both highly rewarding and hopefully enduring.


Ten days ago, the offer to preview and listen to a band that I was only vaguely familiar with arrived in my inbox. A quick email exchange followed and a few days later a carefully packaged CD arrived in my mailbox. I opened it that night and I was pleasantly surprised, first by the artwork, (always a good sign and so often the gateway to me picking up a disc in the first place); But it was the second revelation, the discovery of the most remarkable music that virtually floored me as I listened on an evening walk.

The CD that I was listening to (then and now actually as I write) was the latest release by Toronto band Pink Moth called The Wild. Just from the opening seconds of the CD, I knew it would be something special. I was immediately drawn to its innocent charms and little fragilities because it took me to a different place immediately. Listening to this disc was like discovering your grandparent’s dusty attic. All muted tones, elegance, dusty records and displaced photographs. It felt like a different time and place. Each song a little smile inducing treasure. At times familiar, others times distant.

When some bands use pure sound volume to imbibe power to their songcraft, Pink Moth go the opposite route with a sparse fragility that is equally powerful. The band’s Myspace page features a host of influences from Neutral Milk Hotel to Alan Lomax to Guided by Voices and goes a long way in explaining their appeal to me. This is the kind of disc that forces you to listen to it in its entirety and not one song at a time. You want to keep the story going- To bring that sunlit attic to new life. (You can go to the band’s site to hear some of these songs for yourself, but I recommend tracking down this most wonderful disc.) 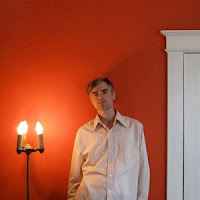 Pink Moth is a relatively new project centered on its main creative force, singer/songwriter and multi-instrumentalist Ray Cammaert. Originally from London, Ontario, Cammaert was previously a member of Maps of the Night Sky with whom he recorded and toured extensively. Pink Moth followed with Cammaert at the helm for the Wild. Recorded at the band's own Tinshop Studios and mixed by Londoner Andy Magoffin (Two Minute Miracles, Great Lake Swimmers and Constantines) at the House of Miracles studio. Cammaert and longtime partner, illustrator Willow Dawson, were the primary musicians on the album, while Michael McGuffin, Mika Posen (Forest City Lovers), and Joan Watson all helped shape its unique sound. Pink Moth's debut full-length, The Wild, was released September 8th, 2009.

Firstly, it was very clever (and kind) of them to send you the actual physical disc to review and not just the files. The tactile joys of anticipation when you are holding that little square in your hands, particularly when it boasts such lovely album art, really enhances the experience. I think it may even make one more receptive to what one hears.

A lovely review, Sean, and one that will make me head over to their site for a listen. Thanks.

This sounds really special Shaun. I am going to look for it when I got record shopping this weekend.