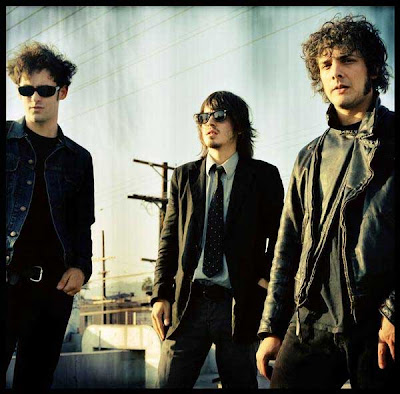 It’s been over a year since we’ve heard any new album release news for LA-based Black Rebel Motorcycle Club (B.R.M.C.) According to a recent update on the band’s website, the trio is set to release Beat the Devil’s Tattoo, on March 8th in the UK and Europe, and March 9th in North America. As well, the band is embarking on an extensive tour through North America and Europe beginning February 26th, 2010.

The tour will start in Sacramento and finish at New York City’s Webster Hall on April 8th. Pre-sale for all shows will start Wednesday, December 2nd including a show at Slim’s in their original hometown of San Francisco, CA on the day their album in released.

Tour dates as follows:  (Pencil in the 6th of March Allison!)