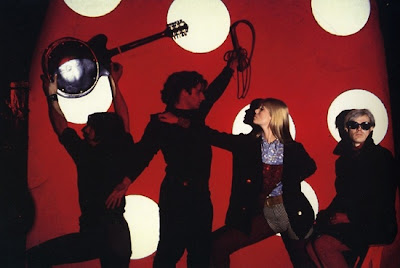 Brian Eno once famously observed that "everyone who bought a Velvets record went on to form a band" (or write about them). Strangely he’s probably right. In the historic ferment of pop music, the Velvet Underground were the archetypal band in the Big Apple, at precisely the right time. Their influence has been and remains huge on all forms of popular music and culture. Sadly though, it’s not very often that the three remaining members get together. Exceptional news today these legends will in fact reunite for an appearance at the New York Public Library on Tuesday December 8th, where they will discuss their careers with journalist David Fricke.

The discussion will be part of the Live from the NYPL series, and tickets are available priced at $25. Tickets can be purchased buy through the NYPL website. The discussion coincides with the publication of the photograph and artwork collection, The Velvet Underground: New York Art

For five years – 1965 to 1970 – singer-songwriter and guitarist Lou Reed, bassist and viola player John Cale, guitarist Sterling Morrison and drummer Maureen Tucker, with the German vocalist Nico and bassist Doug Yule (who replaced Cale in 1968), broadcast the real life of their home town – the sex, drugs and art; the furious street energies, hidden pleasures and desperate romance – in an unprecedented pop music of vivid storytelling and transgressive excitement.

On stage and on their four influential studio albums, the Velvets invented the many futures of rock – punk, drone, free improvisation, lyric candor – in songs and performances that made the group notorious, with the pivotal help of their early manager and mentor, Andy Warhol. Legendary status came later, after the group broke up and Reed and Cale went on to bold prolific solo careers.


This is so very tempting. A once in a lifetime opportunity, anyone up for a pre-Christmas road trip?

If I could bend the space-time continuum and get some cash from my money tree I would take you up on this offer. The collective musical and creative brilliance in that room would be worth the effort to get there.

If you do go, please write about it in detail!